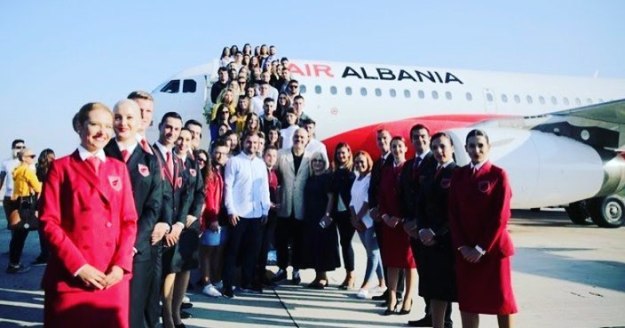 Air Albania (Tirana), the new flag carrier of Albania launched regularly scheduled passenger operations today (September 15) with a flight from Tirana to Istanbul. The first aircraft is a leased Airbus A319-132 registered as TC-JLR.

Air Albania was founded on May 16, 2018 as a consortium of the Albanian and Turkish governments.

Turkish Airlines, a founding partner, owns 49% of the shares of Air Albania. The remaining 41% is held by MDN Investment and 10% by Albcontrol, representing the Albania government.

All images by Air Albania.

Videos (not in English):