WestJet to introduce the Boeing 787 Dreamliner in February 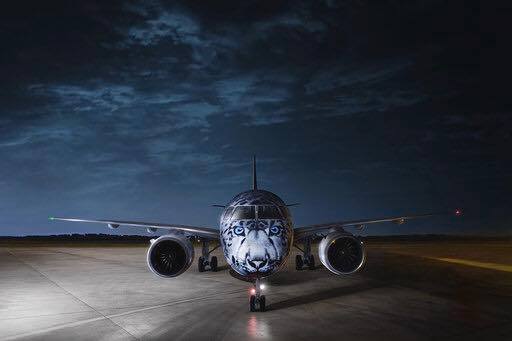 Air Astana made this announcement on social media:

Air Astana’s “Snow leopard” has started its journey! Meet the new improved Embraer E190-E2 with its special livery, which arrived in Kazakhstan on December 2 from Brazil.

This is the first of five Embraer E190-E2 aircraft scheduled to be delivered to Air Astana to replace the older Embraer E190s in the fleet.

The new aircraft features a special Air Astana “Snow Leopard” livery, which is intended to draw global attention to the threat of extinction faced by this large wild cat, which is a native of the mountain ranges in southern Kazakhstan.