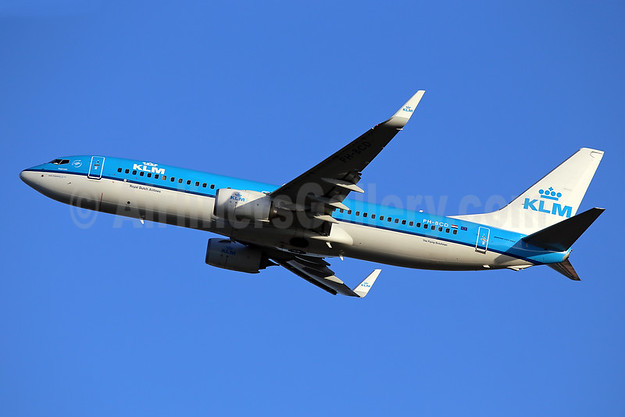 Air France-KLM have made this announcement:

For the 2018 summer season (from March 25 to October 27, 2018), Air France-KLM is increasing capacity by 4.1% compared to the previous summer season*. Growth will be driven by Transavia’s low-cost operations (+10.6%), the long-haul passenger network (+3.9%) and the short and medium-haul passenger network (+1.4%). In 2018, the group is continuing its growth strategy and offering 314 destinations to 116 countries including 78 new services this summer throughout its network.

“With an increase in capacity of +4.1%, we are choosing to step up our offensive on all our markets. This summer, the group will inaugurate 78 new services, a record in its history, and proof of its agility and ambition to develop its activity. In this way we are confirming the growth objectives set out in Trust Together and are determined to take our share on this highly competitive market”, stated Jean-Marc Janaillac, Chairman and CEO of Air France-KLM.

On its long-haul network, Air France-KLM will operate 9 new services** –

–        1 destination on departure from Pointe-à-Pitre (Guadeloupe): Atlanta (United States) as a continuation of the winter season with Air France.

–        2 destinations on departure from Amsterdam Airport Schiphol: Fortaleza (Brazil) and Mumbai (India) in continuation of the 2017-18 winter season with KLM. 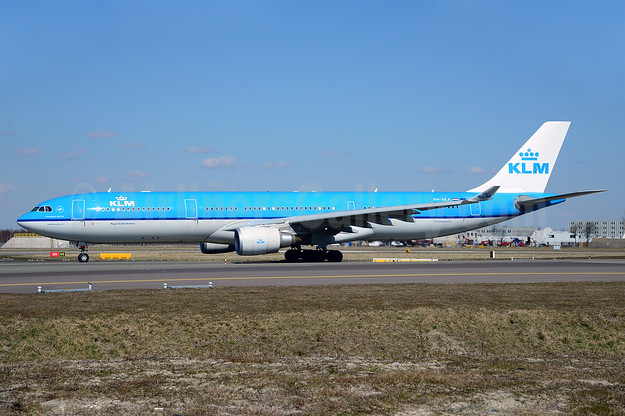 In the United States, Air France will resume service to Seattle/Tacoma with 5 weekly flights by Boeing 777-200. The Atlanta – Pointe-à-Pitre service launched during the 2017-18 winter season will be prolonged throughout the 2018 summer season. Detroit and Boston will be operated by Boeing 787 until June 17. KLM Royal Dutch Airlines is increasing its services to Minneapolis, San Francisco and New York. One frequency a week from Amsterdam will be added to both the Minneapolis and San Francisco routes, taking the weekly frequency of KLM flights to 4 and 11 respectively. The KLM frequency to New York will increase by 6, taking the weekly total of roundtrips between Amsterdam Airport Schiphol and New York to 20. 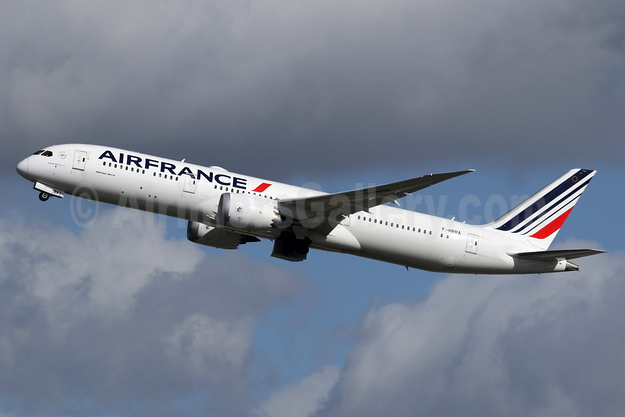 In Brazil, KLM and Joon are launching new services to Fortaleza on May 3, 2018. KLM will operate 3*** direct flights a week between Amsterdam Airport Schiphol airport and Fortaleza by Airbus A330. Joon will operate a twice weekly service between Paris-Charles de Gaulle and Fortaleza by Airbus A340. This new route will offer a third Brazilian gateway for the Group with its partner GOL Linhas Aéras Inteligentes, in addition to Rio de Janeiro and Sao Paulo, with 6 new routes beyond Fortaleza operated on a code-share basis. KLM will offer an additional 333 seats per week to Rio de Janeiro, representing an increase of 18.2%, thanks to an additional weekly flight. The Group will thus offer its customers 2 daily flights to/from Europe with KLM on departure from Amsterdam Airport Schiphol and with Air France on departure from Paris-Charles de Gaulle.

In Costa Rica, Air France will extend its service to San José throughout the summer season with 2 weekly flights.

In Taiwan, Air France will inaugurate a service to Taipei with 3 weekly flights operated by Boeing 777-200 as from April 16. This new offer will be in addition to KLM’s daily service to this destination.

In Japan, Air France will increase the number of seats available to Osaka thanks to its Boeing 787, i.e., an additional weekly seat capacity of 744 and on its service to Tokyo-Haneda with 2 additional weekly flights.

In South Korea, customers will benefit from an additional flight to Seoul operated by Air France Boeing 777-200, representing 3 weekly flights in total.

In Malaysia, KLM will reduce frequencies to Kuala Lumpur and will operate 7 weekly flights on departure from Amsterdam Airport Schiphol in continuation of the winter season.

In Kazakhstan, KLM will suspend services to Almaty and Astana during the summer season, in continuation of the winter season.

In Kenya, Air France will inaugurate the Paris-Nairobi service on March 25, 2018. The city will be served by Boeing 787 with 3 weekly flights.

In West Africa, Air France will increase the number of direct flights to Lomé (Togo), offering 3 weekly frequencies in addition to the 4 weekly Paris – Accra – Lomé services. To Accra (Ghana), the airline will offer an additional non-stop flight, operating a total of 4 weekly frequencies from Paris-Charles de Gaulle.

In the Seychelles, Joon, will inaugurate its service to Mahé with 3 weekly flights as from May 5, 2018.

On its medium and short-haul network, the Group is expanding its offer of destinations and connections with 45 new services**.

Throughout the 2018 summer season, the Air France-KLM group will offer 18 new services** on departure from the main hubs and regions –

–        On departure from Paris-Charles de Gaulle: Bergen (Norway) and Catania (Italy) with Air France as well as Cork (Ireland), Wroclaw (Poland) and Toulon (France) with HOP!

o   On departure from Marseille: Caen (France) and Metz (France);

o   On departure from Lyon: Rouen (France) and Nuremberg (Germany);

During the peak summer period, the Air France-KLM group will offer 27 new services including 16 to/from Corsica** –

o   On departure from Nantes: Ajaccio (France) and Bastia (France);

o   On departure from Nice: Beirut (Lebanon) and Quimper (France);

o   On departure from Strasbourg: Toulon (France) and Bastia (France);

o   On departure from Toulouse: Ibiza (Spain) and Figari (France); 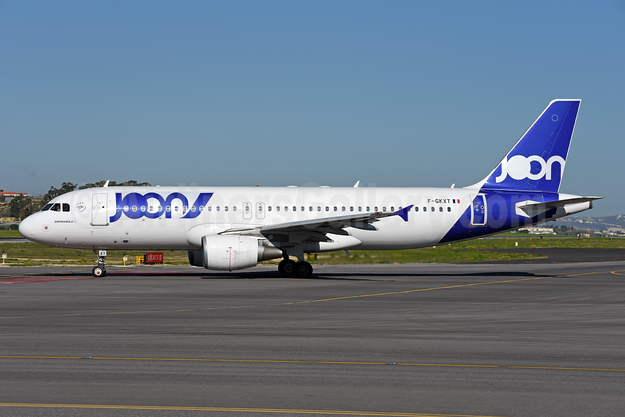 Joon will continue its growth on the medium-haul network. Air France will entrust 4 additional destinations to Joon on departure from Paris-Charles de Gaulle –

Transavia will develop its network from all its bases in France (Orly, Lyon and Nantes) and the Netherlands (Amsterdam, Rotterdam and Eindhoven) with 24 new services**:

On departure from the Netherlands, the Group’s low-cost airline will increase capacity by 50% to Greece and its islands, as well as to Eastern Europe (Belgrade and Ljubljana).

On departure from France, total growth will be 19%, mainly driven by departures from the French regions such as Lyon and Nantes. Transavia will mainly increase capacity to Morocco, Greece and Tunisia to meet the strong demand of leisure travellers.

Moreover, Air France and Transavia have signed an agreement under which Air France will share 50 services operated by the low-cost carrier from Paris-Orly, Lyon and Nantes.

Partnerships, the perfectly-balanced equation for even more destinations

In order to offer its customers the most extensive network and the best connecting opportunities on all continents, Air France-KLM is actively pursuing its policy of strengthening its existing alliances and exploring new partnerships.

For the 2018 summer season, the group will offer a wider choice of destinations and connections for customers travelling between India and Europe via Paris and Amsterdam thanks to the enhanced cooperation agreement recently signed with Jet Airways.

To maintain its position as European leader in terms of capacity from Europe to China, Air France-KLM will continue its strategic joint venture with China Eastern from the main hubs at Paris-Charles de Gaulle and Amsterdam Airport Schiphol to Shanghai, while maintaining its joint venture agreements with China Southern and Xiamen Airlines on 5 services from Paris and Amsterdam to Chengdu, Guangzhou, Hangzhou, Beijing and Xiamen.

Air France will offer the new Paris-Charles de Gaulle – Taipei route in cooperation with China Airlines, a member of Skyteam, with a codeshare agreement on this route, as well as destinations beyond the two hubs.

Air France and Vietnam Airlines, also a SkyTeam member, have signed a new joint-venture which has been in force since November 1, 2017. In this way, customers will benefit from a combined offer as well as improved and enhanced connections between the buoyant market of Vietnam and Europe.

The already-existing partnership between KLM and Kenya Airways provides customers with access to a vast network to East Africa and several connecting opportunities from Nairobi. The launch by Air France of the Paris-Charles de Gaulle – Nairobi route and the integration of the airline in the joint-venture with KLM and Kenya Airways considerably increases the Air France-KLM group’s capacity in East Africa.