NBC: Ethiopian Airlines is not sure it will fly the Boeing 737 MAX again 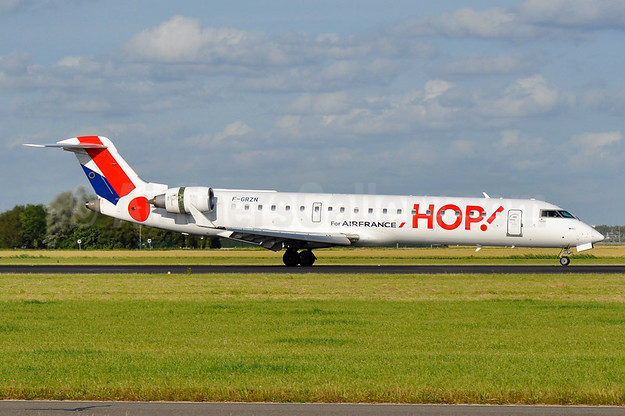 Air France is planning to cut back its domestic network as a result of stiff competition. The company will reduce its short-haul capacity by 15% by the end of 2021 which could lead to a reduction of up to 465 positions. Here is the full announcement about its French domestic system:

At the Central Social and Economic Works Council (CSEC) held on May 13, strategic guidelines for the company were presented and discussed, as well as their implications in terms of jobs and skills management planning (GPEC): to improve operational performance, offer the highest level of product quality and service to customers, as well as to restore Air France’s competitiveness, including adapting its short-haul activity. The entire company and its employees have been striving for years to ensure that the company adapts to market conditions and the extremely fierce competition in the sector.

Increased competition from the TGV

Over the past five years, Air France’s domestic network has been strongly affected by competition from high-speed train routes, which have increased their capacity throughout the country, reduced journey times and developed a very competitive low-cost offer. The French authorities have ensured that train travel has expanded over the years and has become Air France’s main rival on the domestic network, departing from Paris airports or the French regions, without being subject to taxes or charges that directly target air transport,. The launch of four new high-speed routes in 2016 and 2017 is expected to attract 4.7 million additional passengers by 2020(1) and on routes where high-speed trains connect Paris to the provinces in under two hours, Air France has lost 90% of its market share.

The rapid development of low-cost airlines

As well, in recent years low-cost airlines have set up bases at major airports and have gained ground rapidly with aggressive pricing policies and often with the help of public authorities. Unlike Air France, where 90% of staff are based in France, a majority of these airlines have not contributed to developing employment in the regions where they operate, taking advantage of European mobility and basing employees in jurisdictions with lower labour costs.

Faced with this tenuous situation, Air France teams have fortunately been able to adapt to an increasingly difficult environment. They are behind many innovative commercial initiatives that have improved our offer to meet customer expectations in terms of flight schedules, customer experience, and punctuality, and have enabled us to maintain a 65% market share in the domestic market. However, on some routes the revenue decline could not have been prevented, nor unit costs reduced. As a result, Air France’s financial situation has deteriorated significantly on its domestic network, and in 2018 it posted a loss of €189 million, a sharp decrease compared to 2017 (€96 million). Since 2013, cumulative losses have amounted to €717 million.

Photo: Hop! Air France is phasing out the Hop! brand.

Air France’s jobs and skills management planning (GPEC) for the 2019-2021 period reveals important hiring requirements in numerous sectors of the company, but also overstaffing in the short-haul ground operations activities. Air France also plans to reduce its short-haul capacity in terms of available seat-km (ASK) by 15% by the end of 2021.

Employee union representatives have thus been informed of a planned voluntary departures plan that could concern up to 465 jobs on the domestic network, carried out over a one-year period. This plan will shortly be the subject of a consultation with relevant stakeholders.

There will be no forced departures. This project includes personalized support measures for the staff concerned. The measures will be detailed and negotiated with the labour groups during the consultation.

“Many new talented staff – pilots, flight attendants, mechanics and engineers – will join us in 2019,” said Anne Rigail, CEO of Air France, “to support Air France’s growth, but we also have the responsibility to guarantee an even balance of our activities in certain sectors to secure their long-term viability. This is the idea behind the project presented for the short-haul sector today. We will conduct the consultation process with our labour groups as part of an open and transparent dialogue, and we are committed to supporting all staff who wish to move to a new position or develop their career”

“The French domestic network is intricately linked to the history of Air France,” said Benjamin Smith, CEO of Air France-KLM Group. “It guarantees its regional base, and connects the French regions to the rest of the world by offering several thousand daily connection opportunities. In a highly competitive marketplace, we are all fully engaged in defending a domestic market that is vital for Air France and also more globally for the Air France-KLM Group.”