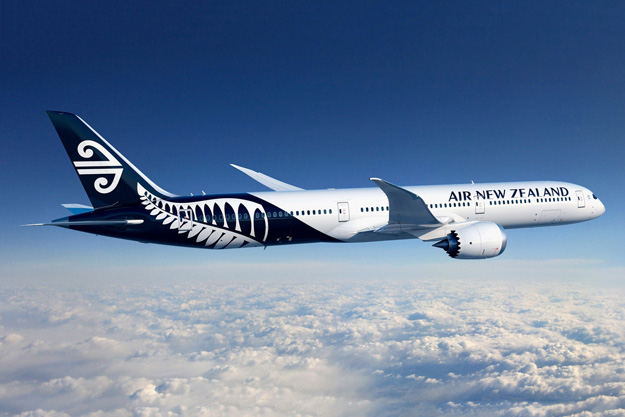 Air New Zealand and Boeing have announced the airline plans to add the largest 787 Dreamliner model to its fleet with a commitment to buy eight 787-10 airplanes.

The first of these highly fuel-efficient aircraft will join the Air New Zealand fleet in 2022 and together they will have the potential to save 190,000 tons of carbon per year.

The first new aircraft is expected to join the Air New Zealand fleet in late 2022 with the remainder delivered at intervals through to 2027.

In addition to the eight firm orders announced today, the agreement includes options to increase the number of aircraft from eight to up to 20. The airline has also negotiated substitution rights that allow a switch from the larger 787-10 aircraft to smaller 787-9s, or a combination of the two models for future fleet and network flexibility. The delivery schedule can also be delayed or accelerated according to market demand.

These new long-haul aircraft will replace Air New Zealand’s fleet of eight 777-200 aircraft, which will be phased out by 2025. Combined with GE’s GEnx-1B engines, they are expected to be 25 percent more fuel efficient than the aircraft they’re replacing.

The 787-10 is the largest member of the super-efficient and passenger-pleasing Dreamliner family. At 224 feet long (68 meters), the 787-10 can serve up to 330 passengers in a standard two-class configuration, about 40 more than the 787-9 airplane. Powered by a suite of new technologies and a revolutionary design, the 787-10 set a new benchmark for fuel efficiency and operating economics when it entered commercial service last year.  The airplane allows operators to achieve 25 percent better fuel efficiency per seat compared to the previous airplanes.

Air New Zealand was a global launch customer for the 787-9 and today operates 13 of the Dreamliner variant. With another 787-9 on the way and the 787-10 airplanes in the future, the airline’s Dreamliner fleet will grow to 22. Air New Zealand’s widebody fleet also includes seven 777-300ERs and eight 777-200ERs, which it is progressively replacing with the aircraft order announced today.