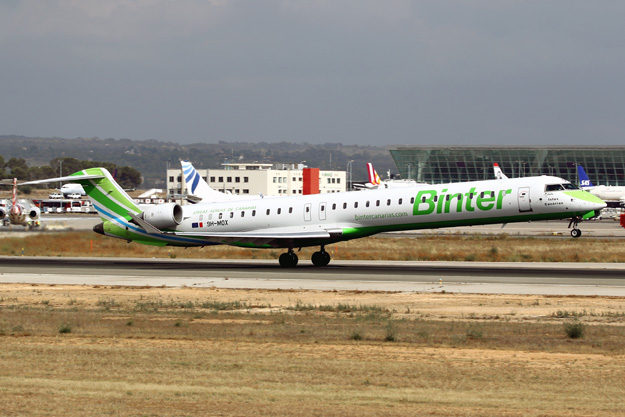 In July 2018 an agreement was finalized between Mediterranean Aviation Company Ltd (Medavia) and Air Nostrum.

The deal had previously been announced in November 2017.

Under the agreement, Air Nostrum is acquiring a 51% shareholding in Mediterranean Aviation Operations Company Ltd, a subsidiary of Medavia which holds the Air Operator’s Certificate (AOC).

Air Nostrum has transferred to the Maltese registration two Bombardier CRJ1000s, including the pictured 9H-MOX (former EC-MOX) (top) leased to Binter Canarias. The other machine is 9H-LOJ (ex EC-LOJ).

Medavia (Safi, Libya) and employs around 100 staff personnel. The airline operates regular flights between Malta and Libya under a Maltese AOC. The airline also operates charter flights to Italy.

However according to EU rules, airline operating licenses can only be granted to companies that are more than 50 percent owned by an EU country or an EU national.

Brussels had given the Maltese government an ultimatum over the situation.