WestJet to fly the Dreamliner to Maui 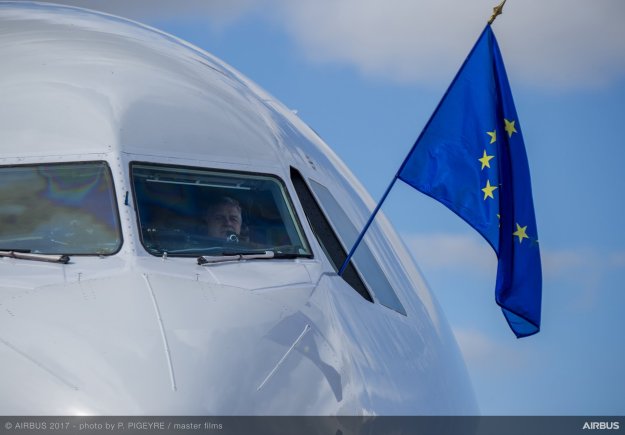 In 1969, European aerospace was in the doldrums. The sector’s once-illustrious names had faded and, competing against each other, lagged far behind the Americans, who commanded more than 80% of the market for commercial aircraft. Against this backdrop, on 29th May 1969, ministers from Germany and France agreed a new approach: a partnership between European nations, later joined by Spain and the UK, to develop the first Airbus aircraft, the twin-aisle A300.

Frankly, few people gave this pan-European venture much hope of success. Yet from that seed has flowered a global aerospace champion.

Ahead of this month’s European Parliament elections, the message must be heard that a strong and confident European Union is vital to Europe’s economic future amid populist nationalism, fragile growth and simmering trade tensions. It is certainly the lesson of Airbus’s past and present as the European aerospace manufacturer celebrates its 50th anniversary, also this month.

Airbus has been a triumph of European integration. Over five decades, we have brought together civil and defence aviation businesses from throughout the continent, reducing costs and duplication. Today, Airbus produces half of the world’s large commercial aircraft and has thriving helicopter, defence and space businesses. We employ 130,000 highly-skilled people globally and are a powerful engine of productivity, exports and innovation for Europe.

Ours has been a heady story of political co-operation, transatlantic rivalry and headline-grabbing sales coups, all underpinned by the quiet excellence of generations of engineers who have helped to make air travel safer, more fuel-efficient and accessible to hundreds of millions of new passengers all over the world.

Landmark innovations have propelled Airbus’s growth. Since 2014, our A350 aircraft, built with advanced lightweight composite materials, have reduced CO2 emissions on long-haul flights by 25% compared to many older jetliners. Our ability to move our parts, people and technology freely throughout Europe is at the heart of our business.

What’s next? The aerospace industry stands on the cusp of a technological revolution to match anything in its history. Digital technology, autonomous flight, artificial intelligence and electrification will transform the way aircraft are designed, manufactured, flown and maintained. It’s already being called aerospace’s new “golden age” and will herald tougher competition and the emergence of new aviation powerhouses.

European aerospace should aspire to lead this coming revolution in innovation and the transition to a more sustainable aviation sector. The EU’s flagship innovation programmes are well placed to nurture the radical technologies that will allow Europe to reaffirm its aerospace leadership for decades to come.

To prosper in this changing world, Airbus needs the support of the EU more than ever. For example, the EU’s financial and political backing will be critical to the development of Europe’s next generation of satellite technology and fighter jets.

Amid protectionism and political fragmentation, the bloc must continue to champion free trade in Europe and beyond. The EU should also remain grounded in the geo-political reality of global aerospace: the sector’s strategic significance means the EU’s ability to project a strong, united voice has a direct bearing on Europe’s prospects.

Airbus can thus renew the legacy of our founders who came together 50 years ago with an ambitious vision of innovation and international partnership – and the nerve to realize it.

The world of 1969 vanished long ago, but theirs remains a story for our times.