Allegiant to establish a new base at Concord, NC (near Charlotte) – Quantum Aviation | Airline Passengers & Cargo Sales and Charters

Allegiant to establish a new base at Concord, NC (near Charlotte)

Delta reduces its Japan flight schedule due to coronavirus

Allegiant to establish a new base at Concord, NC (near Charlotte) 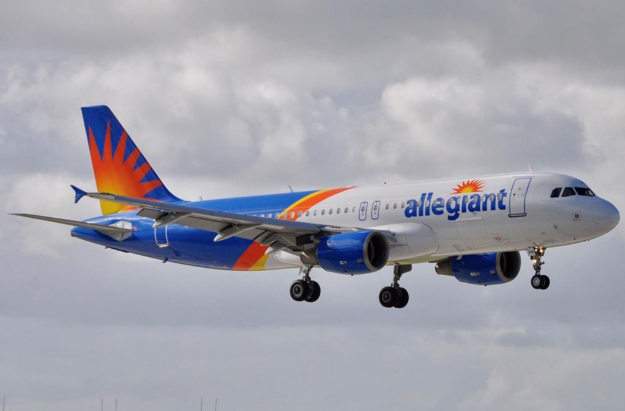 Allegiant Travel Company today announced plans to establish a base of operations at Concord-Padgett Regional Airport (USA). The Las Vegas-based company will invest $50 million to establish the new base in Concord, creating at least 66 high-wage jobs and housing two Airbus aircraft.

Allegiant plans to begin its base operations in Concord on October 7, 2020. Concord-Padgett Regional Airport will become the airline’s 21st aircraft base.

Located minutes from Charlotte, Concord is one of the nation’s fastest-growing cities, with a robust business infrastructure and a diverse workforce. Home to some of North Carolina’s top tourist destinations, including NASCAR’s famed Charlotte Motor Speedway and Concord Mills, the city boasts a historic downtown district and a wide variety of entertainment and leisure activities for visitors and local residents. Concord is the largest city in Cabarrus County, with a population of more than 94,000.

Allegiant began operating at Concord in 2013 and currently offers seven nonstop routes: one to the Mardi Gras City of New Orleans and six to premier Florida destinations, including Destin/Fort Walton Beach, Fort Lauderdale/Hollywood, Sanford, West Palm Beach, Punta Gorda and St. Petersburg-Clearwater. Since establishing service, Allegiant has flown more than one million passengers through Concord, including 353,000 in 2019 alone.

Concord-Padgett Regional Airport opened in 1994 and has grown to be one of the busiest airports in the Carolinas. The airport’s strong general aviation focus has been enhanced by the availability of Allegiant Air’s low-cost scheduled passenger service to seven destinations. Over 40 City of Concord Aviation Department coworkers operate Concord-Padgett Regional and provide aircraft fueling, hangaring, tie-down, parking, and customer services. Other aeronautical services such as aircraft rental, aircraft maintenance, and flight instruction are offered through private operators leasing space on-site. CPRA also has an on-site, staffed fire station operated by the Concord Fire Department and a control tower operated by contracted staff. The annual budget for the airport currently exceeds $12 million.

All photos by the airport.