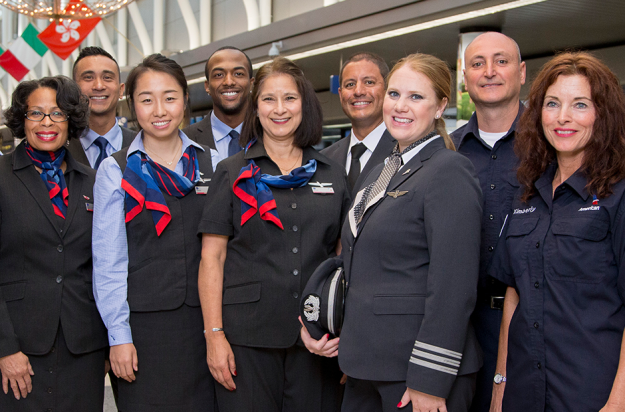 American Airlines celebrated the opening of five new gates at its hub at Chicago O’Hare International Airport (ORD) on May 11, the first new gates to be constructed at the airport in 25 years. Chicago Mayor Rahm Emanuel joined CEO Doug Parker; Franco Tedeschi, vice president — ORD Hub Operations; Ginger Evans, commissioner — Chicago Department of Aviation; and ORD team members for a ribbon cutting ceremony to mark the opening of what is known as the L-Stinger.

The $78 million construction project was completed on time over the span of 20 months. With the additional gate capacity, American is flying more seats out of Chicago this summer than at any point in the last 10 years. Just last week American inaugurated new service from Chicago to Venice, Italy (VCE), and Vancouver, British Columbia (YVR).

“Today marks a historic moment for O’Hare as we open the airport’s first new gates in 25 years,” said Mayor Emanuel. “I want to thank American Airlines for recognizing the value of this investment and look forward to working with all of our airline partners as we begin moving forward on our transformational plan that represents a watershed moment for O’Hare and Chicago’s economic future.”

The new gates are the latest in American’s investment in ORD, including a new Flagship Lounge and renovated Admirals Club lounges, and later this year, a new hangar and ground equipment maintenance facility.