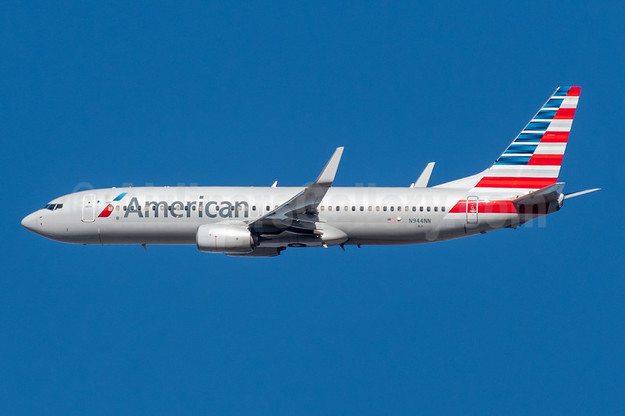 “Our team members did a tremendous job to deliver solid results despite a challenging start to our summer,” said Chairman and CEO Doug Parker. “Their extraordinary efforts led to an increase in earnings and record revenue performance, and we thank our team for their expertise and care for our customers.”

“These strong results in the face of near-term adversity, coupled with our ongoing initiatives, give us great confidence in the future of American Airlines.”

Continued strength in passenger demand drove a 2.7% year-over-year increase in second quarter 2019 total revenue to $12 billion, a record for the quarter. Driven by a record second quarter total passenger load factor of 86.6%, passenger revenue per available seat mile (PRASM) grew 4% to a record 15.22 cents. Cargo revenue decreased 15.4% to $221 million due primarily to a 16.2% decrease in cargo ton miles. Other revenue was up 2.9% to $728 million due primarily to higher revenue from the company’s loyalty program. Marking the 11th consecutive quarter of growth, second quarter TRASM increased by 3.5% to a record 16.54 cents on a 0.8% decrease in total available seat miles.

Total second quarter 2019 operating expenses were $10.8 billion, up 1.6% year over year. Total operating cost per available seat mile (CASM) was 14.94 cents in the second quarter of 2019, up 2.4% from second quarter 2018. Excluding fuel and special items, second quarter CASM was 11.34 cents, up 4.8% year over year, driven primarily by lower than planned capacity due to the Boeing 737 MAX grounding and operational disruptions related to an illegal work slowdown by our mechanics’ union in an effort to influence contract talks.

On March 13, the Federal Aviation Administration (FAA) grounded all U.S.-registered Boeing 737 MAX aircraft. The American fleet currently includes 24 MAX aircraft with an additional 76 aircraft on order, of which seven were scheduled to be delivered in the second quarter. The company estimates that the cancellations in the second quarter negatively impacted pre-tax income by approximately $175 million.

The company has removed all MAX flying from its flight schedule through November 2. With the flight cancellations extending an additional two months, the company now expects the MAX cancellations will negatively impact its full year 2019 pre-tax earnings by approximately $400 million.

American has invested more than $28 billion in its people, product and fleet over the past five years — the largest investment of any carrier in commercial aviation history. In the second quarter, American:

Taking care of team members translates into better customer care. We continue to invest in improved tools, training and support for team members and in the second quarter, American:

With a nearly 100-year legacy, American is building a company that we expect to be consistently profitable today and in the future. This long-term initiative was furthered during the second quarter as American:

See the accompanying notes in the Financial Tables section of this press release for further explanation, including a reconciliation of all GAAP to non-GAAP financial information.