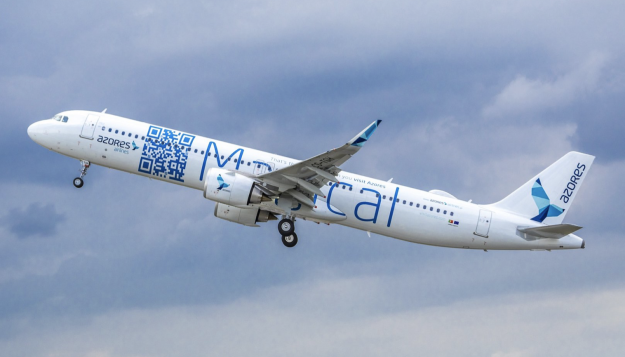 Azores Airlines, the Azores archipelago-based carrier, has taken delivery of its first of three Airbus A321LRs to be leased from Air Lease Corporation, becoming the latest operator of the long-range single-aisle aircraft.

Powered by CFM International’s LEAP-1A engines, the Azores Airlines’ A321LR comprises 190 seats in a two-class configuration (16 Business class seats and 174 seats in Economy) offering premium wide-body comfort in a single-aisle aircraft cabin and with single-aisle operating costs. With this new A321LR, the Portuguese operator will continue its strategy of growth and network expansion to European destinations as well as transatlantic routes between the Azores and North America.

The A321LR is a long-range (LR) version of the best-selling A320neo Family and provides airlines with the flexibility to fly long-range operations of up to 4,000 nm (7,400 km) and to tap into new long-haul markets, which were not previously accessible with single-aisle aircraft.

The A321LR will join the Azores Airlines’ Airbus fleet of five single-aisle aircraft comprising three A320ceo and two A321neo jetliners in service since last year. This new member of the fleet will provide Azores Airlines with more operational flexibility while leveraging on aircraft commonality.