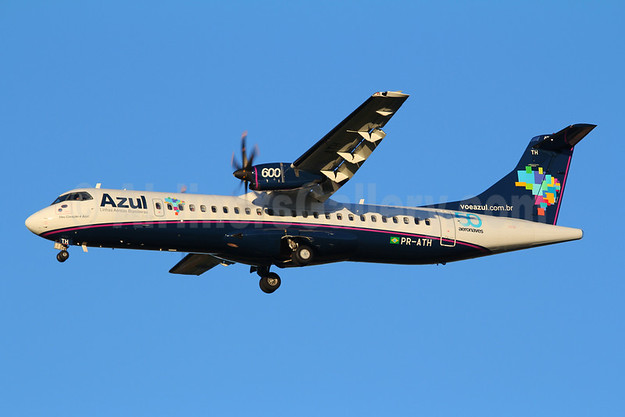 The arrival of air service to a city gets the attention of local business people and entrepreneurs; it also sparks the interest of someone planning a holiday or work trip, and consequently supports and boosts the local economy. With this vision, Azul plans to expand its network by up to 35 new cities in the coming years in various regions of Brazil, as well as to select international destinations.

On March 24, the company debuted its newest destinations: Rosario and Cordoba, both in Argentina.

The vast majority of the markets will be served with ATR 72-600 aircraft (top), which have capacity for up to 70 passengers and are best suited for short-haul flights. The Company’s guidance for 2018 already contemplates the addition of eight to ten new destinations, representing less than 5% of the capacity growth expected for this year.

Jaguaruna, for example, a city where the company began operations at the end of 2016, has already reached the milestone of nearly 90,000 passengers flown in just over one year. The gradual growth of the base is directly related to Azul’s connectivity and to the company’s extensive network, the largest in the country, which allows passengers to travel to over 100 destinations in Brazil and abroad. Through our codeshare flights with our partners, customers can also travel anywhere in the world by connecting through the United States and Portugal.