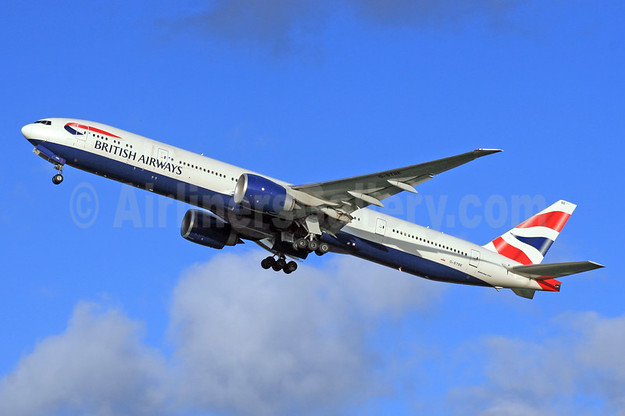 Boeing and British Airways today announced a commitment for three 777-300ER (Extended Range) airplanes. British Airways will take the 777s on an operating lease with a leasing company.

The 777-300ER can seat up to 386 passengers in a three-class configuration and has a maximum range of 7,930 nautical miles (14,685 km). The airplane is the most reliable twin aisle flying today with the highest schedule reliability of any twin aisle airplane at 99.5 percent.