Malaysia Airlines sees a stable situation despite a challenging environment 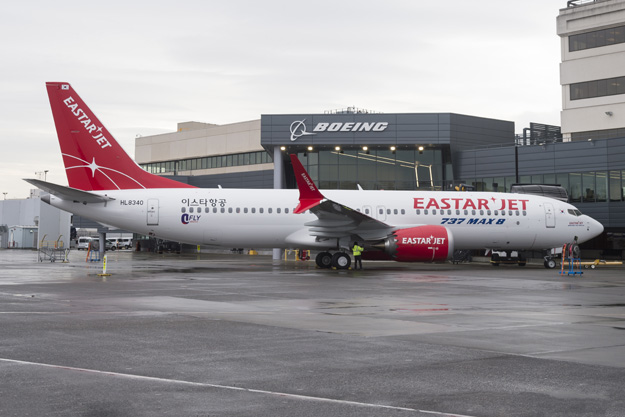 Boeing has delivered the first 737 MAX (HL8340) for Eastar Jet, making it the first airline in Korea to operate the more fuel-efficient and longer-range version of the popular 737 jet.

Eastar Jet will take delivery of another 737 MAX 8 airplane later this month, which will join the airline’s existing fleet of Next-Generation 737s.

In addition to modernizing its fleet, Eastar Jet will use Boeing Global Services to enhance its operations. These services include Maintenance Performance Toolbox, which delivers real-time access to information technicians need to quickly resolve emergent airplane maintenance issues and keep airlines on schedule.

Based at Gimpo/Incheon International Airport in Seoul, Korea, Eastar Jet launched operations in 2007 with Next-Generation 737s. Since then, Korea’s low-cost carrier (LCC) market has grown significantly and has become the largest LCC market in Northeast Asia. Over the past five years, the market segment has grown more than 30 percent annually. Based on this growth and the introduction of the 737 MAX 8 to its fleet, Eastar Jet will be able to expand into new markets such as Singapore and Kuala Lumpur among other future destinations.