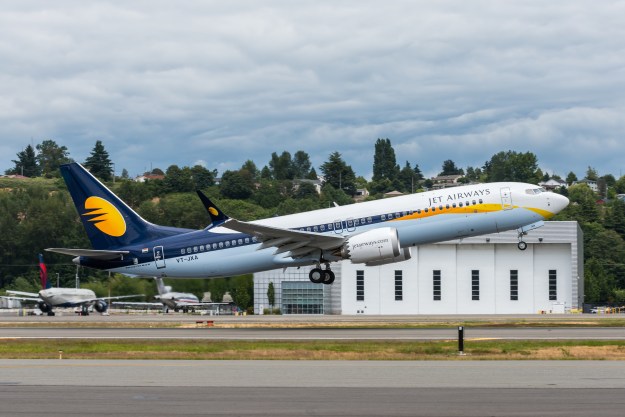 Boeing and Jet Airways confirmed that the Indian carrier placed an order for an additional 75 737 MAX 8 airplanes during a signing ceremony at the 2018 Farnborough International Airshow. The order, valued at $8.8 billion at current list prices, was previously posted as unidentified on Boeing’s Orders and Deliveries website.

This order for an additional 75 MAX airplanes helps the Indian carrier expand its network to meet surging demand in the fastest-growing aviation market in the world.

In June, the Mumbai-based carrier took delivery of its first MAX, a new and improved 737 that delivers a double-digit improvement in fuel efficiency and improved passenger comfort. These new airplanes arrive into an Indian aviation market that continues to grow at significant rates. According to industry data, domestic air traffic in India has grown about 20 percent in each of the past four years.

Jet Airways is India’s second-largest airline with a fleet of nearly 120 airplanes serving more than 60 destinations in 15 countries across Asia, Europe and North America.

All images by Boeing and Jet Airways.