British Airways looks back at the changes during 2018

Delta to begin new nonstop service in June 2019 between Minneapolis/St. Paul and Mexico City in partnership with AeroMexico

British Airways looks back at the changes during 2018 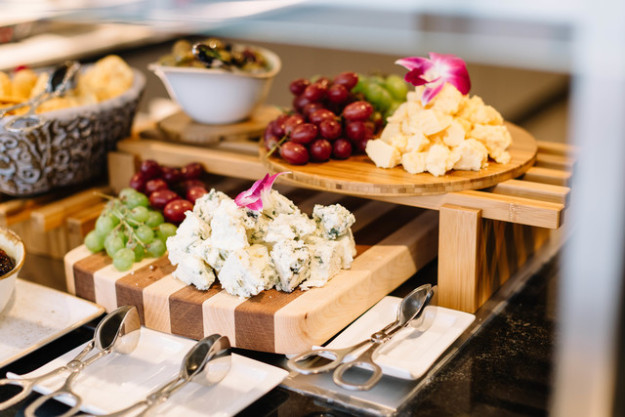 British Airways has released this statement:

With 2018 drawing to a close, British Airways is celebrating flying high in the last 12 months with additional investment for customers now totaling £6.5 bn.  Here’s a recap of what’s changed at British Airways over the last year.

In 2018 the airline offered its most extensive choice of flights in more than a decade, with more than a dozen new routes, including Marrakech, Durban, Nashville and the Seychelles. More new routes have been announced for 2019, including Charleston, Pittsburgh and Osaka.

Customers travelling light were able to take advantage of the airline’s new long-haul basic fare on routes to the US and around the world, with fares from £143. They can reduce this cost even further by using their Avios.

For 2018 British Airways introduced 18 new fuel-efficient aircraft to its fleet of almost 300 planes – including its 30th 787, plus A320 and 21neos, and Embraer for BA CityFlyer.  The airline’s 767 fleet was retired to make way for more new aircraft, arriving next year.

Work continued at pace to refresh existing long-haul cabins – with all seats being equipped with state-of-the-art entertainment systems and direct access to power.

During 2018, British Airways began installing its industry-leading streaming WiFi on long-haul aircraft –  all short-haul aircraft will be fitted with the system by next summer.  This exciting development allows customers to use their own devices to live stream TV programmes and movies.

The airline is focused on providing customers with a seamless and efficient journey through the airport. Throughout the year it continued to pioneer facial recognition airport technology. British Airways was the first airline to install biometric technology at Heathrow – enabling it to board domestic (UK) flights in half the usual time.  It also began using the same technology to speedily board aircraft in Orlando, Los Angeles, New York and Miami.

Departing on time is important to customers, and as such, the airline became the first to introduce remote-controlled devices to push back aircraft, helping it to maintain its status as the most punctual of the three-big short-haul carriers flying from London, and reducing pushback delays by more than 70 percent. Trials are now underway on long-haul aircraft.

The airline completed its roll-out of The White Company bedding in Club World, and announced that a new, larger seat would be launched for the cabin in 2019, on its A350 aircraft. It opened new lounges in Aberdeen, Rome and New York’s JFK. And the carrier’s millionth customer was welcomed through its First Wing, reminiscent of a luxury hotel lobby, with dedicated security lanes and direct access to the First lounge.  The team in the airline’s Concorde Lounge continued to work with the experts in customer service at the Dorchester Hotel to provide outstanding assistance to customers.

British Airways announced an extension to its partnership with Do&Co, the premier provider of fine dining in the skies, for all flights departing from Heathrow.

It also launched a multi-million pounds investment in its World Traveller catering and fine dining in Club World cabins.

On short-haul the carrier invested in Club Europe, with new menus and improved recipes, and regularly updated M&S menus for customers travelling in Euro Traveller.

The airline became the first in Europe to start training its airport hosts at Heathrow Terminal 5 to handle a multitude of customer issues, around bookings, re-booking, upgrades, baggage and transfer queries and flight information.

Alongside this, it opened the only family check-in zone in the UK, and delivered staff training, to allow the 50,000 customers with hidden or visible disabilities to travel more comfortably.

At Heathrow Terminal 3 British Airways enhanced its our operation, with a new control room and flight connection centre to further improve punctuality.

On top of all of this, Skytrax voted British Airways’ cabin crew the best in the UK in 2018.

British Airways was proud to fly Team GB and Paralympics GB to Korea for the Winter Olympics and Paralympics, and Team UK to the Invictus Games in Sydney.

It announced that Savile Row tailor and fashion designer, Ozwald Boateng, is to design a new uniform for 32,000 staff.

To celebrate International Womens’ Day, the airline put on an all-female flight, which you can watch again here.

British Airways welcomed 600 work experience students to give them an idea of what it’s like to work for an airline and held special events to encourage more girls to consider a career flying aircraft.