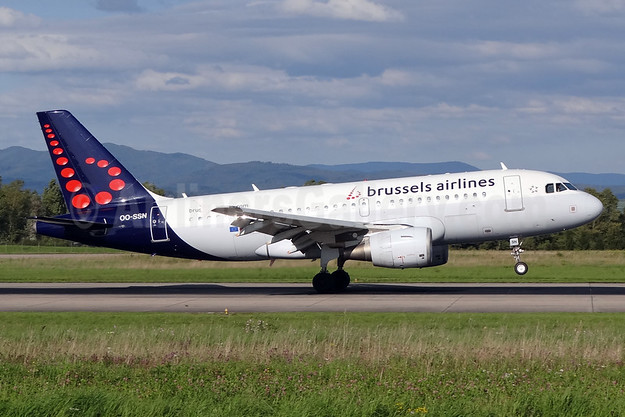 Brussels Airlines looks back on a positive 15th Anniversary with this announcement:

Brussels Airlines started 2017 with an anniversary celebration on February 15, 2017. For the occasion, the airline produced an anniversary video called “We Go The Extra Smile for You Since 15 Years”, a remake of a unique marketing stunt from the airline’s early years, which reached no less than 2.4 million views.During the anniversary year, Brussels Airlines continued its growth strategy. In spring, Mumbai, the first Brussels Airlines destination in Asia, was added to the network. The short/medium haul network expanded with Yerevan, Palma, Rhodes and Madeira.

A fleet harmonization project included the phase-out of the AVRO RJ type with 98 seats, which were replaced by larger Airbus A319/A320 aircraft with 40% and 80% more seating capacity respectively. The very last AVRO RJ left the fleet on October 28, 2017 after a Geneva flight that attracted spotters from about ten countries to Brussels Airport.

External growth was achieved thanks to the integration of Thomas Cook Airlines Belgium’s activities at the end of October. The vast majority of Thomas Cook holidaymakers now fly with Brussels Airlines. As a result, Brussels Airlines expanded its flight network with new winter sun destinations (Cape Verde, Tunisia, the Canary Islands and Egypt). The partnership will also add a series of new Mediterranean destinations, including the Greek islands, to the network next spring.

Thanks to these investments, Brussels Airlines will exceed the number of 9 million passengers in 2017 and increase its market share on the Belgian home market. This makes Brussels Airlines one of the fastest growing airlines in Europe. This growth pace will continue in 2018 and many investment projects are planned, including the extension of The Loft, the replacement of 7 Airbus A330 aircraft, the launch of new cabins on board the entire long-haul fleet and investment in further digitalization.

In other news, according to Reuters, the airline plans to cut costs by 10-15% to remain competitive:

Brussels Airlines, a unit of Lufthansa, plans to cut its costs by between 10 and 15 percent in the coming years in order to remain competitive with low-cost rivals, its chief executive told Belgian daily De Tijd.

The Belgian carrier, which Lufthansa took full control of in December 2016, has already reduced costs by 15 percent in the past three years through savings on staff and more efficient baggage and catering operations.

Bernard Gustin told De Tijd in an interview published on Saturday that cost-cutting had to continue. Passengers would pay a little more to travel with Brussels Airlines compared with a low-cost carrier, but that premium had to be kept to a minimum.

“We need to bring our costs down by at least 10-15 percent. This year already they have fallen by 5 percent,” he said.

Brussels Airlines expects to carry a record 9 million passengers in 2017 and Gustin said he was targeting an increase to 10 million in 2018.

Lufthansa has said it wants to integrate Brussels Airlines into budget platform Eurowings, although the Belgian carrier also serves business routes to Africa.