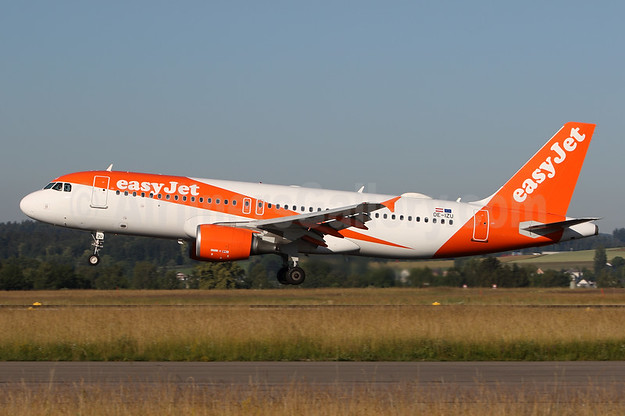 easyJet welcomed its 300th aircraft, an Airbus A320-214, into the fleet on June 21 on the new route between Berlin-Tegel and Cologne/Bonn airport. This is also the 111th aircraft with an Austrian AOC (easyJet Europe).

The aircraft is a former airberlin aircraft that has been converted and transferred into the easyJet fleet and marks a milestone in the airline´s recent expansion in Germany. With the 300th aircraft delivery 10 of the 18 aircraft based in Berlin-Tegel are now easyJet planes, alongside the aircraft that have been wet leased to support the flying schedule from Tegel during the transition period until November 2018.

The new route between Berlin-Tegel and Cologne/Bonn is part of easyJet´s biggest summer schedule for Berlin with more than 16 million seats flying over the summer season. Flights will operate twice a day and the frequency will be increased to six daily connections by September 2018, with fares starting from €39.99*. With the comprehensive network of key European and domestic cities with convenient, frequent flights, easyJet is growing the number of business passengers with 75% of the DAX 30 signed up to corporate travel deals and that is set to increase further.

In other news, easyJet is celebrating a milestone for expansion at its Belfast base, welcoming a third Airbus A320 aircraft – the sixth aircraft to be positioned at the airline’s Northern Ireland base.

The 186-seat aircraft will remain based in Belfast throughout the year and joins three 156-seat Airbus A319 and two 186-seat A320 aircraft serving the airline’s customers in Northern Ireland. Due to the volume of inbound easyJet flights at Belfast International Airport, the addition of this aircraft means that the airline offers capacity equivalent to up to 13 aircraft.

June 22, 2018 also marks the launch of the latest routes to join easyJet’s Belfast network with first flights to the Isle of Man and Venice taking off on June 22, followed by flights to Naples and Valencia which launch on  June 23. The airline now operates up to 624 flights a week across 32 routes and 8% more flights compared to summer 2017.