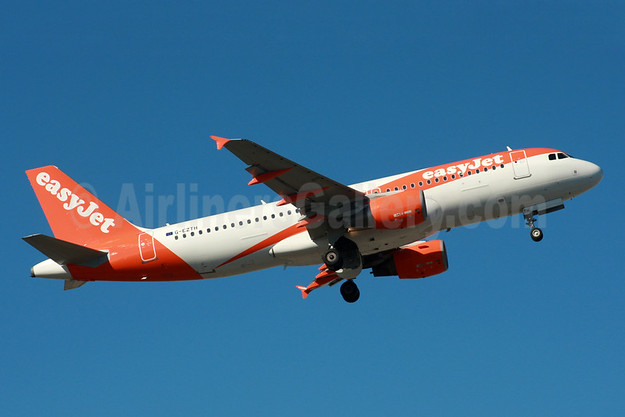 easyJet (UK) has issued this forecast for 2018 under its new CEO:

easyJet flies into 2018 by launching first flights from newly established base at Berlin Tegel.

Passenger numbers in 2018 are expected to rise from 80 million to around 90 million.

The delivery of easyJet’s first Airbus A321neo aircraft is part of the airline’s strategy to quieten and decarbonise aviation.

In 2018 around half of easyJet’s network will connect customers to long haul services with ‘Worldwide by easyJet’.

easyJet, Europe’s leading airline, has forecast reaching a number of key milestones in expansion, as well as in environmental initiatives over the next 12 months, launching with first flights from newly established, former Airberlin base, Tegel, on January 5, 2018.

Passenger numbers are expected to hit records, to around 90 million by the end of the calendar year, a 10 million increase on easyJet’s 80 million passenger record set in 2017.  A new easyJet base in Bordeaux will open in March as the airline’s sixth French base, creating 110 direct jobs, with three Airbus A320 aircraft to be based there and more than five new routes to be launched.  In Italy, the airline’s third largest market, a record 20 million seats will go sale for 2018.

By January half of easyJet’s fleet will be Airbus A320 aircraft following a program of upgrades from 150-seat Airbus A319 to the larger aircraft, which can seat up to 186, as well as a number of aircraft acquired from Airberlin coming into operation. By spring, the airline’s entire fleet will surpass 300 aircraft.

As part of easyJet’s initiative to decarbonise and quieten aviation, the airline will take delivery of its first Airbus A321neo in July. Further deliveries in 2018 will bring the number of Neo aircraft in the fleet to 28 by the end of the year which provide 15% savings in CO2 emissions and a 50% reduction in noise compared to the aircraft they replace.

easyJet will continue to showcase the Neo aircraft and its innovative environmental and cost efficient features at roadshows at the airline’s bases around the UK and Europe. Having already exhibited the aircraft in Amsterdam, the airline will also visit London Gatwick, Glasgow, Belfast, Newcastle, Bristol, Manchester and Liverpool; Barcelona, Geneva, Milan Malpensa and Paris Orly.

The airline also expects to link around half of its network to long haul services through its connections product ‘Worldwide by easyJet’ in 2018. A third of flights and over 24 million passengers are already able to connect through London Gatwick and Milan Malpensa to long haul flights to Africa, Asia, the USA and the Caribbean, as well as to other easyJet flights.

easyJet will also continue to work alongside US-based start-up and electric aircraft pioneer Wright Electric on their development of the all-electric commercial aircraft and is expected to launch the first flight of a hybrid nine seat aircraft within the next 12 months.

“My ambition is to help easyJet go from strength to strength next year.  I’m incredibly pleased to see that the hard work, energy and momentum that our people have delivered in 2017 will continue next year enabling easyJet to achieve a number of significant milestones.

“Reaching these milestones will be a result of the successful delivery of our strategy of purposeful and disciplined growth.  This continues to strengthen our market positions and to allow us to give passengers more choice, low fares and great service.”