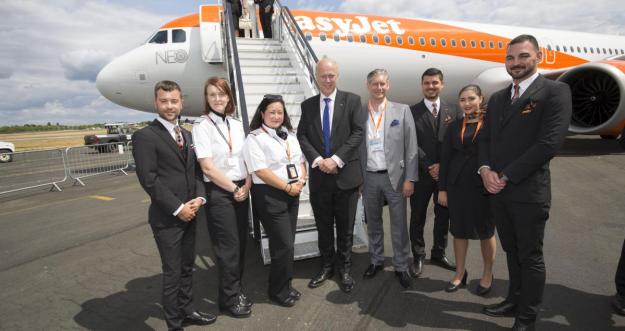 easyJet has celebrated the delivery of its first A321neo aircraft, marking the milestone with a flight into Farnborough International Airshow on July 18, 2018.

easyJet CEO Johan Lundgren was joined by UK Secretary of State for Transport Chris Grayling, Airbus CEO Tom Enders and President of CFM International Gaël Méheust at Farnborough to celebrate the delivery of the A321neo which – with a 235 seat configuration –  is easyJet’s largest capacity aircraft now in its fleet. The aircraft was flown into the airshow by an all-female flight crew.

Just over a year ago easyJet announced an agreement with Airbus to convert 30 existing A320neo orders to the A321neo aircraft with a 235-seat configuration, part of the existing easyJet Airbus agreement dating from 2013.

The first easyJet A321neo is based at London Gatwick Airport and will fly to popular destinations such as Malaga, Alicante and Palma. The aircraft has around 30% more seats on board compared to an A320 and 50% when replacing an A319.

The A321neos are powered by CFM’s LEAP-1A engine which means the aircraft will deliver up to 15 percent savings in fuel burn and CO2 emissions, and a reduced noise footprint of 50 percent on take-off and landing phase, compared with previous generations of the aircraft. The A321neos comply with ICAO Chapter 14 regulations and their NOx emissions will also meet the ICAO CAEP/8 regulations.

The airline’s A319s are being progressively replaced by A320s, with 40 already replaced.

easyJet has also completed the up-gauging of 49 of its existing 180-seat A320s to 186 seats.  In the last six months easyJet has taken delivery of nine A320neo aircraft which provide a per seat cost saving of 7% to 8% compared to the A319 (and an equivalent improvement) through economies of scale, efficiencies in crew, ownership, fuel and maintenance.

Over the coming years easyJet will continue to reduce operating cost per seat and its passengers’ carbon footprint by improving its fleet mix and ownership structure. 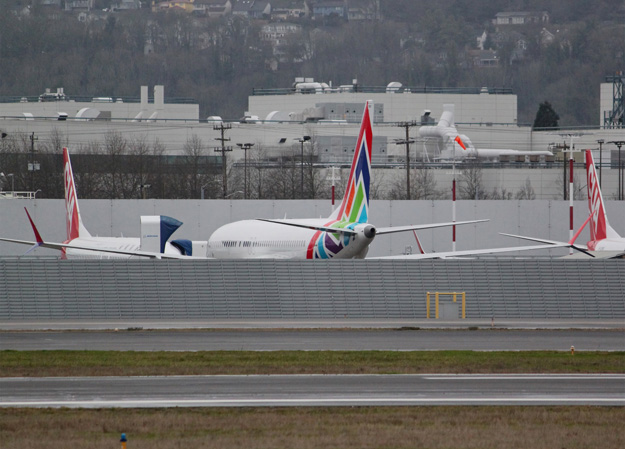