easyJet to partner with Cathay Pacific, now has 130 aircraft registered in Austria for Brexit

easyJet to partner with Cathay Pacific, now has 130 aircraft registered in Austria for Brexit 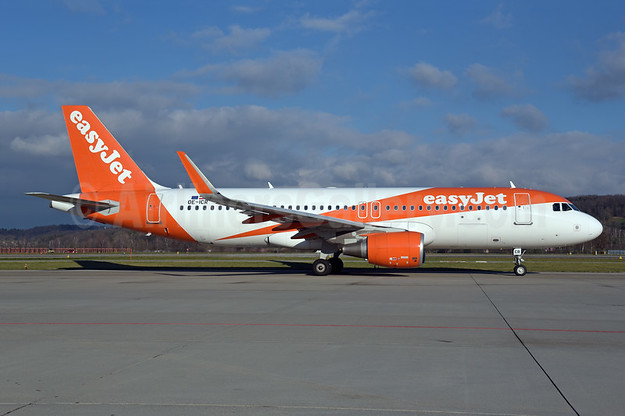 easyJet has made this announcement:

easyJet customers will be able to connect seamlessly between easyJet flights across its European network flying into London Gatwick Airport and onwards on Cathay Pacific flights, initially between London Gatwick and Hong Kong once it is live on Worldwide in the coming weeks.

Worldwide by easyJet has been consistently growing in popularity. Chicago is currently the most popular longhaul destination connecting through Rome while the Rome-Reykjavik connection is the most popular shorthaul connection. To date, more than 5,000 unique origins and destinations which have been booked in combination with partner airlines.

easyJet has leadership positions at more of Europe’s major airports and flies on more of Europe’s 100 largest routes than any other airline which makes it the most attractive European short haul airline partner. The introduction of this disruptive product opens up new 70m market segment for easyJet.

Worldwide by easyJet launched in September 2017 enabling customers to connect easyJet flights through London Gatwick to long haul flights, with launch airline partners WestJet and Norwegian.  This quickly expanded to Thomas Cook Airlines, Corsair, La Compagnie and Loganair and the connections platform was extended to Milan Malpensa airport in December 2017. Virgin Atlantic and Emirates joined as partners in October 2018 followed by Singapore Airlines.

Worldwide by easyJet now connects to a total of 11 airports across Europe, including Amsterdam, Barcelona, Paris CDG and Orly, which in addition to London Gatwick, Milan Malpensa, Berlin Tegel and Venice Marco Polo, means that over half of the airline’s flights – and 53 million easyJet customers a year – will be able to connect to airline partner services and other easyJet flights in a single booking through easyJet’s digital booking portal.

In other news, easyJet also reported on its financial performance through December 31, 2018:

easyJet has delivered a good performance in the quarter with robust customer demand driving passenger and ancillary revenue which is in line with expectations. Underlying revenue per seat was positive, including good ancillary revenue growth. This was offset, as expected, by the impact from last year’s one-off revenue benefits, the dilutive impact of flying at Tegel and new accounting standards delaying the recognition of revenue. easyJet has made good progress with its cost and operational performance but both were affected by the impact of drone activity at London Gatwick over the Christmas period.

“easyJet has made a good start to the 2019 financial year with robust customer demand and ancillary sales, driving solid revenue generation. This was underpinned by good operating and on-time performance across the network, with the exception of the disruption caused by the Gatwick closures due to drone sightings. There has been be a one-off cost impact from this incident, but underlying cost progress is in line with expectations. I am proud of the way our teams worked around the clock to mitigate the impact of the incident and looked after affected customers.

“Recognition of the easyJet brand continues to grow. We made good progress on our strategic initiatives; holidays, business, loyalty and data during the quarter.

“For the first half of 2019, booking levels currently remain encouraging despite the lack of certainty around Brexit for our customers. Second half bookings continue to be ahead of last year and our expectations for the full year headline profit before tax are broadly in line with current market expectations.”

Passenger1 numbers in the quarter increased by 15.1% to 21.6 million, driven by an increase in capacity2 of 18.2% to 24.1 million seats which was slightly lower than originally planned due in part to the drone issues at London Gatwick and to late A321 deliveries from Airbus.

Load factor3 decreased by two percentage points to 89.7%, as anticipated, due to the one-off increase in prior year late demand and the dilutive impact of Tegel flying.

Total revenue per seat decreased by 4.2% at constant currency, in line with expectations. This performance has been driven by:

easyJet’s underlying cost performance has been solid and in line with expectations, before the cost impact of the drones at Gatwick. Headline cost per seat excluding fuel at constant currency increased by 1.0% in the quarter reflecting:

–          A £10 million cost impact of the drones at Gatwick relating to customer welfare costs (representing c.1ppt of cost per seat in Q1). The incident affected around 82,000 customers and led to over 400 flights being cancelled

easyJet’s cost programme has continued to deliver substantial savings in particular in:

–        Airport costs, driven by discounts on additional passenger volumes, and

easyJet has improved its On-Time Performance (OTP) since the difficult 2018 summer. The closure of Gatwick airport due to the drone issues had a negative impact on OTP but after adjusting for this December network OTP was better at 81%.

As announced at the full year results in November, easyJet will now be reporting monthly passenger statistics within its quarterly reports. Load factor was slightly lower than Q1 2018 due to one-off prior year benefits and the dilutive impact of Tegel flying.

easyJet has entered into another planned sale and leaseback arrangement for 10 A319 aircraft which has generated £120 million in cash and further facilitates our fleet management strategy. Six were completed during the quarter and a further four were finalised on 8 January. This will be disclosed as a non-headline item in the income statement and is currently expected to be a small loss on disposal.

easyJet is well prepared for Brexit. It now has 130 aircraft registered in Austria and has made good progress in ensuring it has a spare parts pool in the EU27 and in transferring crew licences, both of which will be completed by 29 March. Both the EU and the UK have committed to ensure that flights between the UK and EU will continue in the event of a no-deal Brexit.

In order to remain owned and controlled by EEA qualifying nationals, as required by EU regulations, easyJet has a number of options, including the use of the provisions contained in its Articles of Association which would permit it to suspend rights to attend and vote at meetings of shareholders and/or forcing the sale of shares owned by non-qualifying nationals as well as other potential actions. easyJet has increased its ownership by qualifying EEA (excluding UK) nationals to around 49%.

Despite the consumer and economic uncertainty created by Brexit, demand currently remains solid and forward bookings for the period after 29th March are robust.

–          A more competitive market in Berlin as well as constraints on our ability to deliver network optimisation as quickly as anticipated. easyJet now expects a loss in FY 2019 in Berlin