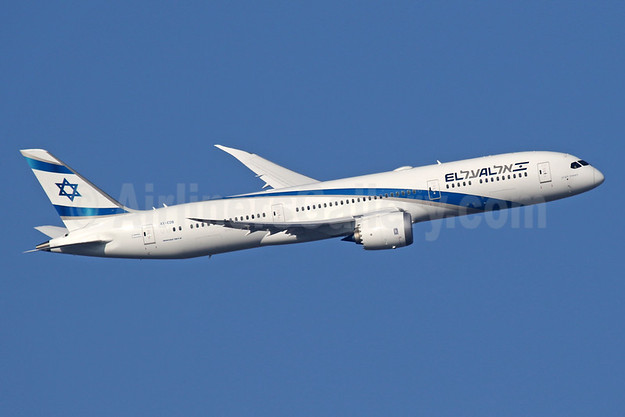 As of today, 15 El Al aircraft have been outfitted with Viasat’s latest equipment, providing high-speed connectivity to El Al’s mix of Boeing 787 Dreamliners, Boeing 737-900 aircraft and Boeing 737-800 planes. By mid-2020, EL AL expects to have the majority of its fleet connected with the Viasat service.

First high-speed Wi-Fi flight
Earlier this week, El Al held its “inaugural high-speed Wi-Fi service flight,” which flew from Tel Aviv to Paris on one of its new Dreamliner aircraft. There were 128 devices connected—many that were streaming movies, videos, music and even the World Cup semifinal. More than half of the passengers were filming and streaming videos—some via Facebook Live, while others were capturing and uploading videos and pictures of their journey, which they posted to multiple social media sites from Facebook and Instagram to Twitter.

During the introductory trial period for international flights from Europe to North America, El Al will offer the service free of charge until the fourth quarter of 2018.

About Viasat
Viasat is a global communications company that believes everyone and everything in the world can be connected. For more than 30 years, Viasat has helped shape how consumers, businesses, governments and militaries around the world communicate. Today, the Company is developing the ultimate global communications network to power high-quality, secure, affordable, fast connections to impact people’s lives anywhere they are—on the ground, in the air or at sea.