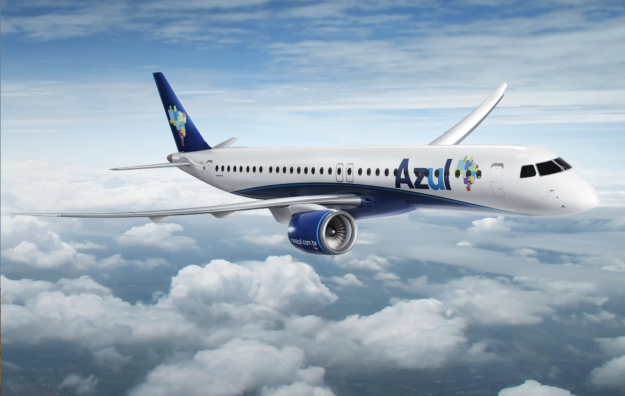 Embraer and Azul Linhas Aéreas Brasileiras S.A. announced today, at the Farnborough AirShow 2018, a Letter of Intent (LOI) for a firm order of 21 E195-E2 jets. This contract has a value of USD 1.4 billion. The order will be added to Embraer’s order book as soon as the firm contract is completed.

This order is additional to an order for 30 E195-E2 jets signed by the airline in 2015, which will raise Azul’s total order to 51 Embraer E2 aircraft. Azul is the launch operator of the E195-E2 and will receive the first aircraft in 2019.