Embraer and Republic Airways firm up an order for 100 E175s

Embraer and Republic Airways firm up an order for 100 E175s 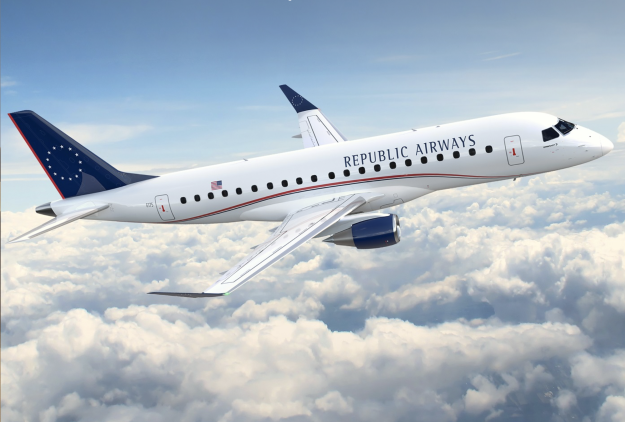 Embraer and Republic Airways, the world’s largest E-Jet operator, have signed a contract for a firm order of 100 E175 jets.

This agreement was announced as a Letter of Intent (LOI) at the Farnborough Airshow, in July.

The firm order has a value of $4.69 billion, based on current list prices, and will be included in Embraer’s 2018 fourth-quarter backlog. Deliveries will start in 2020. The contract also includes purchase rights for an additional 100 E175s, with conversion rights to the E175-E2, bringing the total potential order up to 200 E-Jets.

Republic Airways and Embraer established their partnership in 1999 when one of its former subsidiaries, Chautauqua Airlines, took delivery of its first ERJ 145 in the livery of US Airways Express. Today, Republic Airline operates a fleet of nearly 190 Embraer 170/175 aircraft and provides fixed-fee flights operated under its major airline partner brands of American Eagle, Delta Connection and United Express. Including this new contract, Embraer has sold more than 535 E175s to airlines in North America since January 2013, earning more than 80% of all orders in this 76-seat jet segment.