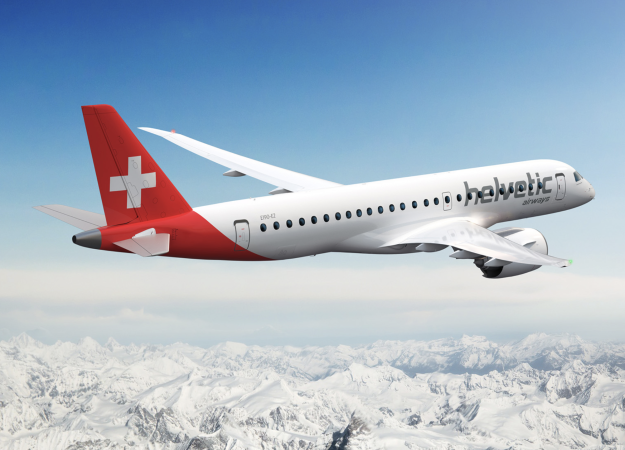 Embraer announced today at the Farnborough Air Show that Zurich based Helvetic Airways has signed a Letter of Intent (LoI) for 12 E190-E2 and purchase rights for a further 12, with conversion rights to the E195-E2. If all purchase rights are exercised, the deal has a list price of USD 1.5 billion. The order will be included in Embraer’s backlog as soon as it becomes firm, which will happen in the coming months.

The first 12 E190-E2 aircraft will begin replacing Helvetic’s five Fokker 100s and seven E190s, starting in late 2019 and completing in autumn 2021. The purchase options for a further 12 aircraft (E190-E2 or E195-E2) will enable Helvetic Airways to grow according to market opportunities.

Helvetic’s plans to operate to London City Airport in the future received a further boost last week (13th July) when the E2 made its debut at the airport located in the city of London.