UPS upgrades the Boeing 757 and 767 cockpits 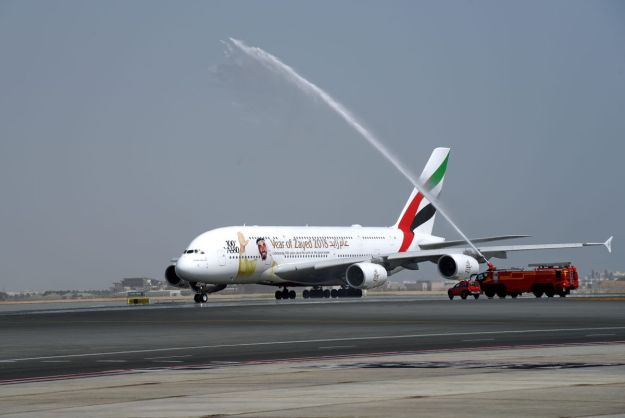 Emirates is gearing up for a big summer in Muscat with the deployment of double daily Airbus A380 flights from July 1, 2019.

Muscat will become Emirates’ shortest scheduled A380 flight, flying a distance of 340 kilometers (211 miles) each way.

The new A380 services to Muscat demonstrate the airline’s agile approach to fleet deployment and its commitment to providing an enhanced onboard experience for its passengers.

The launch of the A380 flights will come exactly one year after the first deployment of a scheduled one-off A380 service that marked 25 years of operations to Oman, and reaffirmed the airport’s infrastructure readiness to handle double-decker operations.

Both A380s flying to Muscat will be operated in a three-class configuration, with 429 seats in Economy Class on the lower deck, as well as 76 flat-bed seats in Business Class and 14 First Class Private Suites on the upper deck. Passengers travelling across all three classes will enjoy the airline’s award-winning inflight entertainment system, ice, offering more than 4,000 channels of entertainment, and savour regionally inspired meals.

Emirates has been flying to Oman since 1993, and today operates three daily services utilising the Boeing 777-300ER between Dubai and Muscat, connecting passengers to over 150 global destinations in the Far East, Europe and the US.