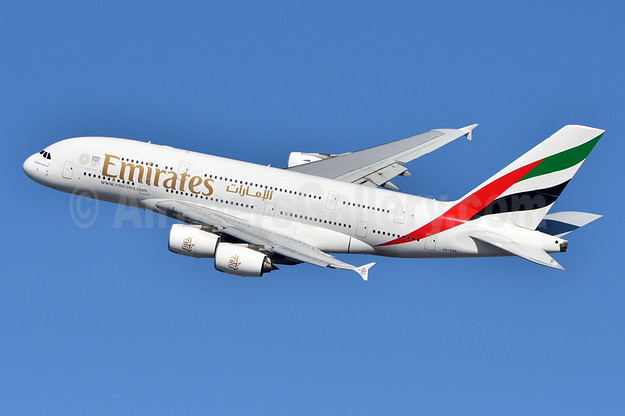 The Emirates Group has announced its half-year results for 2018-19. The Group saw steady revenue growth compared to the same period last year, however profits were impacted by the significant rise in oil prices, and unfavourable currency movements in certain markets, amidst other challenges for the airline and travel industry.

His Highness (HH) Sheikh Ahmed bin Saeed Al Maktoum, Chairman and Chief Executive, Emirates Airline and Group said: “Emirates and dnata grew steadily in the first half of 2018-19. Demand for our high quality products and services remained healthy, as we won new and return customers across our businesses and this is reflected in our revenue performance. However, the high fuel cost as well as currency devaluations in markets like India, Brazil, Angola and Iran, wiped approximately AED 4.6 billion from our profits.

“We are proactively managing the myriad challenges faced by the airline and travel industry, including the relentless downward pressure on yields, and uncertain economic and political realities in our region and in other parts of the world. We are keeping a tight rein on controllable costs and will continue to drive efficiency improvement through the implementation of new technology and business processes.

“The next six months will be tough, but the Emirates Group’s foundations remain strong. I’m pleased to note that our home and hub in Dubai continues to attract travel demand, as the airline saw 9% more customers enjoying Dubai as a destination in the first half of 2018-19 compared to the same period last year. We expect this demand to remain healthy as new attractions come online and the city gears up for Dubai Expo 2020. Moving forward we are firmly focussed on sustaining our business. We will do this by being agile to capitalise on opportunities, and investing to serve our customers even better with high quality products that they value.”

In the past six months, the Group’s employee base reduced by 1% compared to 31 March 2018, from an overall average staff count of 103,363 to 101,983. This was largely a result of natural attrition, together with a slower pace of recruitment as the business continues its various internal programmes to improve efficiency through the implementation of new technology and workflows.

During the first six months of 2018-19, Emirates received 8 wide-body aircraft – 3 Airbus A380s, and 5 Boeing 777s, with 5 more new aircraft scheduled to be delivered before the end of the financial year. It also retired 7 older aircraft from its fleet with further 4 to be returned by March 31, 2019. The airline’s long-standing strategy to invest in the most advanced wide-body aircraft enables it to improve overall efficiency and provide better customer experiences.

Emirates continues to offer ever better connections for its customers across the globe with just one stop in Dubai.

In the first six months of its financial year, Emirates launched new passenger services to Stansted (UK) and Santiago (Chile).  It also introduced a new linked service from Dubai via Bali to Auckland. As of 30 September, Emirates’ global network spanned 161 destinations in 85 countries. Its fleet stood at 269 aircraft including freighters.

Emirates further developed its partnership with flydubai, offering customers even more benefits as both airlines combined their loyalty programme under Emirates Skywards.  Customers also enjoy new flight choices as Emirates and flydubai continued to leverage their complementary networks to optimise flight schedules and offer new city-pair connections through Dubai, as well as open new routes including Kinshasa (Congo), Krakow (Poland), and Catania (Italy) in the first half of 2018-19.

Emirates carried 30.1 million passengers between 1 April and 30 September 2018, up 3% from the same period last year. The volume of cargo uplifted at 1.3 million tonnes is largely unchanged while yield improved by a healthy 11% .This performance is the result of Emirates SkyCargo’s focussed investments in products and services tailored to key sectors, which gives it a strong competitive edge in a recovering global air freight market.

In the first half of the 2018-19 financial year, Emirates net profit is AED 226 million (US$62 million), down 86%, compared to last year. Emirates revenue, including other operating income, of AED 48.9 billion (US$ 13.3 billion) was up 10% compared with the AED 44.5 billion (US$ 12.1 billion) recorded during the same period last year. This result was driven by increased agility in capacity deployment, and improved seat load factors despite fare increases reflect the healthy customer demand for Emirates’ products.

Emirates operating costs grew by 13% against the overall capacity increase of 3%. On average, fuel costs were 42% higher compared to the same period last year, this was largely due to an increase in oil prices (up 37% compared to same period last year), as well as an increase in fuel uplift of 4% due to Emirates’ expanding fleet operations. Fuel remained the largest component of the airline’s cost, accounting for 33% of operating costs compared with 26% in the first six months of last year.