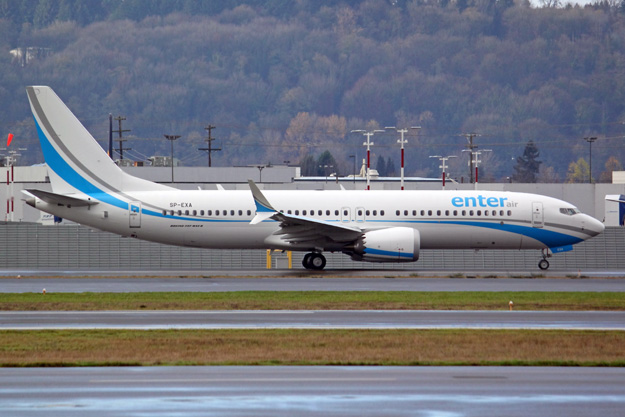 The new type for the carrier departed last night from Boeing Field in Seattle bound for Warsaw via a stop in Keflavik, Iceland.

The airline also took the opportunity to modify its livery (top photo) with the new type versus what was planned (above).

The carrier mentioned the delivery on social media (translated from Polish):

The arrival of our Boeing 737 MAX 8 is planned for Tuesday, December 4 in the afternoon! It will land in Warsaw. On this occasion we have announced a photo contest for the best photo of its landing.