Ethiopian Airlines pushes back on criticism of its pilots, states the Boeing 737 MAX has a problem – Quantum Aviation | Airline Passengers & Cargo Sales and Charters 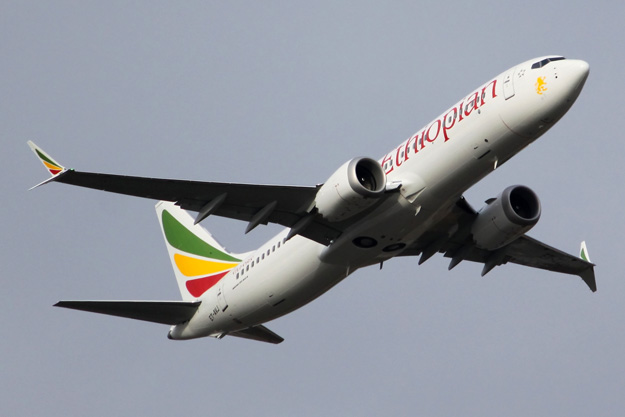 Ethiopian Airlines is pushing back strongly against criticism that its pilots were to blame for the tragic MAX accident.

Although we don’t want to comment on the investigation as it is still going on and we believe it is too early to comment, we would like to highlight some factual statements based on the preliminary report of the accident investigation.

Ethiopian airlines has the largest Aviation Academy in Africa with the most modern training devices and facilities of global standards which is accredited by all required national, regional and international regulatory agencies. Ethiopian Airlines is among the very few airlines in the world and the only one in Africa which has acquired and operates the Boeing 737 MAX 8 full flight simulator. However, it’s very unfortunate that the Boeing 737 MAX 8 simulator was not configured to simulate the MCAS operation by the aircraft manufacturer.

Ethiopian requirement for command position is over 3500 hours which is way above the FAA requirement of 1500 hours. In this case ET302 captain has a total of over 8000 hours of which 3445 hours is on Boeing 737NG. He was upgraded to commander position with over 6500 total hours. The First Officer was a graduate of Ethiopian Aviation Academy after successfully completing the required training per ICAO standards for the Commercial Pilot License and gone through the type rating training on Boeing 737NG and Boeing recommended and FAA approved differences training on Boeing 737 MAX 8 before he is assigned as co-pilot and he has exceeded the minimum ICAO requirement.

The preliminary accident investigation report, which has been conducted by a joint team from Ethiopia, USA, France and EASA, has made it abundantly clear that the Ethiopian Airlines’ pilots have followed the procedures of the aircraft manufacturer.

Any effort that is being made to divert public attention from the flight control system problem of the airplane is a futile exercise because it is not based on factually correct analysis.

The fact that the entire world have grounded more than 370 Boeing 737 MAX 8 airplanes speaks loud and clear that the airplane has a problem.

It is important to refer to the safety recommendation part of the aircraft accident investigation preliminary report, which says:

We would also like to focus on the following facts:
• The automated anti stall feature (MCAS) was not known by airlines and pilots until after the Lion Air accident.
• Even after the Lion Air accident the bulletin released by Boeing and the FAA airworthiness directive did not mention MCAS at all.
• It was a major failure that the MCAS was designed to be automatically activated by a single source of information (Only one angle of attack sensor).
• Although the pilots followed the procedures as stipulated in the bulletin and the airworthiness directive none of the expected warnings appeared in the cockpit which deprived the pilots of necessary and timely information on the critical phase of the 6 minutes flight.
• As per the preliminary report, there is no evidence of any foreign object damage (bird strike or any other object) on the angle of attack sensor.

Since flight safety is our collective priority and should not be compromised by any means and not a single life should be at risk, we strongly believe that the recommendations made by the preliminary report should be fully implemented.

Ethiopian Airlines would like to assure all concerned that it will continue to cooperate with the investigation authorities.