Ethiopian Airlines takes delivery of its 100th aircraft, a Boeing 787

Ethiopian Airlines takes delivery of its 100th aircraft, a Boeing 787 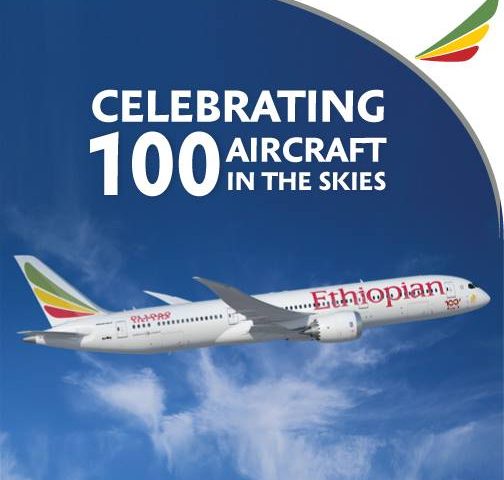 Ethiopian Airlines has taken delivery of its 100th aircraft, a Boeing 787 Dreamliner on June 6, 2018, once again leading the way in fleet expansion and modernization in Africa.

As part of Ethiopian Corporate Social Responsibility commitments, the new aircraft has ferried medical equipment from the Seattle-based NGO, Direct Relief, to St Paulos Hospital in Addis Ababa. The shipment includes surgical stools and other medical supplies to be used for both teaching and patient care.

Ethiopian now operates one of the youngest and most modern 100 aircraft, with an average age of less than 5 years. Fleet modernization and expansion is one of the four critical pillars of our Vision 2025 strategic roadmap, in support of our fast expanding network, which has now reached over 110 international destinations covering 5 continents.