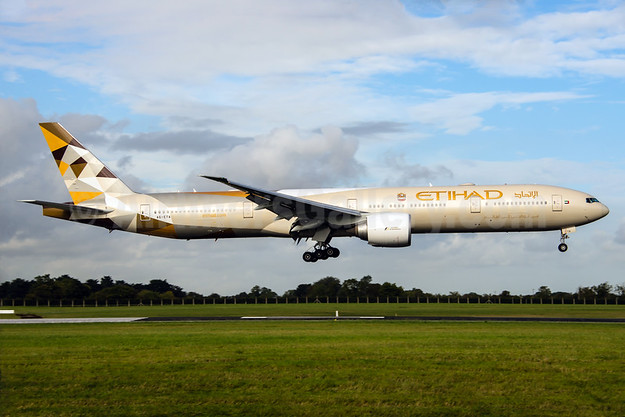 The flights will be operated by Boeing 777-300ER aircraft, featuring 40 seats in Business Class and 340 in Economy Class.

Etihad Airways inaugurated services to Toronto on October 2005, and since then the route has proved very successful for the airline, recording consistently strong demand to and from both cities.

Approximately 45,000 Canadian citizens reside in the UAE, with over 150 Canadian companies registered across the country. Citizens of both countries now enjoy visa-free entry for business and tourism on stays of up to six months.

Etihad Airways has a codeshare partnership in place with Air Canada, with the Canadian flag carrier placing its ‘AC’ code on Etihad services from Toronto to Abu Dhabi and from London Heathrow to Abu Dhabi. Under the agreement, Etihad Airways places its ‘EY’ code on Air Canada’s multiple daily services from Toronto to points across Canada including Montreal, Winnipeg, Saskatoon, St.Johns, Halifax, Regina, and Fort McMurray.

The additional frequencies will also benefit Etihad Cargo customers who can expect greater schedule flexibility and a 60 per cent cargo capacity increase on the route.

In other news, effective October 3, 2018, Etihad Airways will introduce the Boeing 787-9 Dreamliner on its scheduled services from Abu Dhabi to Rabat, capital of the Kingdom of Morocco, replacing the Airbus A330-300 currently serving the route.

The introduction of the technologically advanced aircraft on Rabat services is a further boost to its presence in the Moroccan market. On May 1, 2018, the airline placed the 787 Dreamliner on its daily flights to the kingdom’s commercial hub, Casablanca.

To meet summer peak travel demand, Etihad Airways recently added a third weekly service to Rabat, operating every Saturday until September 29. The extra flight provides more choice to the increasing number of point-to-point business and leisure travellers between both cities.

Etihad Airways has been serving Rabat since January 2016, providing the only long-haul link from the city, and the only service operated by the 787 Dreamliner.

Etihad Airways has had a codeshare partnership in place with Royal Air Maroc (RAM) since May 2007, with the Moroccan flag carrier placing its ‘AT’ code on Etihad services from Abu Dhabi to both Rabat and Casablanca.

Under the agreement, Etihad Airways places its ‘EY’ code on Royal Air Maroc’s services from Casablanca to Agadir, Marrakech and Tangier, and pending government approvals, from Casablanca to Abidjan in Ivory Coast, Conakry in Guinea, and Dakar in Senegal.