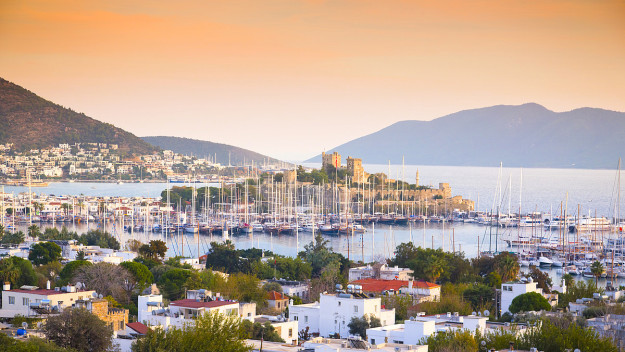 With four new destinations and the start of the summer flight schedule, Eurowings is launching an attractive new program from Hamburg this season. The airline will also be taking off from Hanover with a new destination for the summer: Brindisi.

Turkey is an expansion focus for Hamburg: flights to Ankara have been added to the flight schedule every Sunday. The Turkish capital is an important center for the country’s visual arts and is one of the country’s economic centers.

There will also be new flights to Adana in Turkey from the north: With more than 1.8 million inhabitants, this is Turkey’s fifth largest city, located in the fertile Çukurova plain. The landmark of the Mediterranean city Adana is the stone bridge built by Hadrian over the Seyhan River (Taş Köprü), which is now closed to motorized traffic.

Antalya, also a new Eurowings destination from Hamburg, is flown to every Wednesday in July. The Antalya region is one of the most popular holiday destinations in Turkey. In the old harbour of the city there are countless yachts and the coast offers many attractive hotels. The city is considered the gateway to the Mediterranean coast in the south of Turkey.

One of the most important tourist destinations in Turkey is Bodrum – another new Hamburg destination of Eurowings. The peninsula, which stretches from the Turkish southwest coast into the Aegean Sea, is flown to on Fridays. There are two bays offering a view of the Bodrum Kalesi fortress: The medieval castle was built in the 15th century by the Knights of St John. Bodrum is the starting point for visiting the nearby seaside resorts.

Eurowings passengers can also look forward to a new route between Hanover and Brindisi in the summer flight schedule: The port city on the Adriatic Sea in the southern Italian region of Apulia is served every Tuesday. On a small island at the harbour entrance is the Castello Aragonese, built of red stone. The Monumento al Marinaio d’Italia is a high, rudder-shaped naval monument made of limestone overlooking the sea and the city. From Brindisi you can quickly reach the picturesque Amalfi Coast.