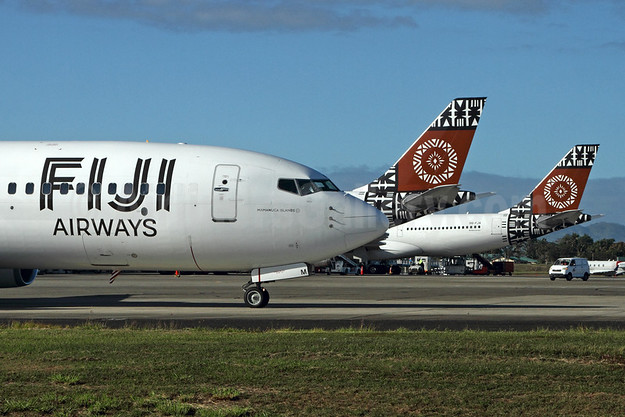 The Fiji Airways Group has announced its highest ever profit before tax of F$95.8 million for the fiscal year that ended December 31, 2017, a 13.4% increase over the previous financial year. The Group (legally known as Air Pacific Limited) comprises of Fiji Airways, Fiji’s National Airline; its subsidiaries Fiji Link and Pacific Call Comm. Ltd; plus a 38.75% stake in the Sofitel Fiji Resort & Spa on Denarau Island. The announcement was made at the airline’s Head Office in Nadi by the Fijian Attorney General and Minister responsible for Civil Aviation, the Honourable Aiyaz Sayed-Khaiyum.

Mr. Andre Viljoen, Fiji Airways Managing Director and CEO, said: “To achieve a fourth year of successive record profits is a massive achievement by the entire team of the Fiji Airways Group. I couldn’t be more proud of the way the team surpassed all key metrics for revenue, passenger and network growth, efficiently navigating through a challenging operating period in which cost control was crucial. 2017 saw the achievement of numerous milestones for the Group. The team increased the size of the fleet, launched a new route, increased frequencies on key long-haul routes and opened a world class lounge at our home airport – Nadi.”