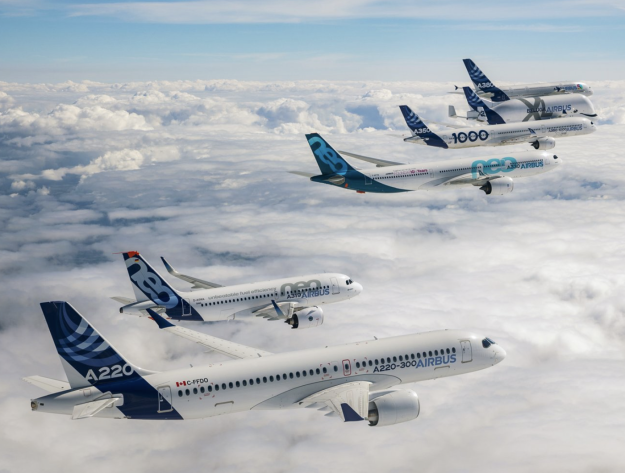 Airbus Canada Limited Partnership marked its first anniversary on July 1, 2019, one year exactly after Airbus became the majority partner in the A220 aircraft program. In 2019, Airbus is also celebrating the 35th anniversary of its presence in Canada.

Highlights of this first anniversary include orders and commitments signed for more than 230 A220 aircraft, the ground-breaking for a new A220 manufacturing facility in Mobile, Alabama, and expansion at the Mirabel manufacturing facility. Airbus Canada has delivered more aircraft in its first year than the total delivered up to July 1, 2018, when it took the lead of the program.*

In total, the A220 ends the first year of Airbus leading the program with a healthy firm order book of over 500 aircraft, plus 80 additional commitments announced at this year’s Paris Air Show including from leading international lessors, indicating strong demand for the aircraft in markets worldwide.