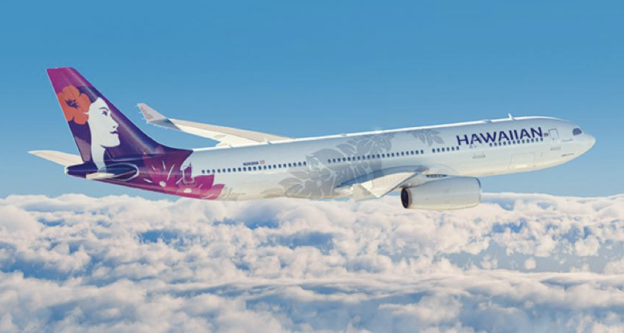 Hawaiian Airlines made this announcement:

In a year that tested the airline industry, Hawaiian Airlines held on to its top spot as the nation’s most punctual carrier. For the 17th consecutive year, Hawaiian has enjoyed the best on-time performance record with 87.5 percent of its flights arriving on time last year, according to the U.S. Department of Transportation. Hawaii’s hometown airline began its on-time performance streak in 2004.

“I couldn’t be prouder of our team members for overcoming the most challenging year in our industry’s history to ensure our guests continued to enjoy our leading on-time reliability,” said Peter Ingram, president and CEO at Hawaiian Airlines. “My mahalo goes out to each member of our ‘ohana for their dedication to our guests during these exceptionally trying times.”

In 2020, as a result of suppressed demand and travel restrictions caused by the COVID-19 pandemic, Hawaiian operated a reduced flight network and suspended most of its international routes. As the state of Hawai‘i reopens for travel, Hawaiian has gradually resumed nonstop service connecting the islands with 16 U.S. gateway cities, more than any other airline, and restarted flights between Honolulu and Japan and South Korea. In March and April, Hawaiian will launch four new North America routes, including nonstop service between Honolulu and Austin, Ontario, Calif. and Orlando, as well as daily nonstop service between Long Beach and Maui.

Did you know HA once operated DC-3 one-day tours? A look back:

In 1963, Hawaiian Airlines began one-day tours of the three major islands. The first such excursion by any airline, passengers could peer through 5-foot panoramic windows of a DC-3 Viewmaster (below).