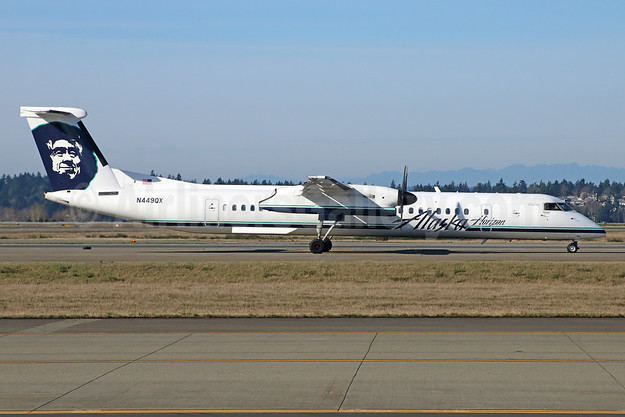 Brad Tilden: “There was an incident late yesterday involving the unauthorized operation of one of our aircraft that took off from Sea-Tac around 8 p.m.

“We are still gathering facts, but at this point we understand there was only one person aboard, an employee of Horizon Air, who was operating the aircraft. I want to share how incredibly sad all of us at Alaska are about this incident. Our heart is heavy for the family and friends of the person involved.

“We’re working to find out everything we possibly can about what happened, working with the Federal Aviation Administration, the Federal Bureau of Investigation, and the National Transportation Safety Board. We are giving those investigators our full support and cooperation.

“With these investigations underway, our focus will remain on supporting the family of the individual involved, the broader Alaska and Horizon family, and our communities and guests.

Gary Beck: “I want to echo what Brad said about how incredibly sad all of us are about what happened last night.

“Our first priority is always the safety and care of our people and guests. Our hearts are with all of our employees at Horizon Air, and the larger Alaska Airlines community, and the family of the individual involved.

“The Horizon Air Q400, which was taken from Sea-Tac International Airport, was not scheduled to fly at the time of the incident. While we have not yet confirmed the identity of the employee, we have confirmed that all crew and passengers are accounted for. Air Traffic Control was in contact with the individual during the brief flight before it crashed on Ketron Island about an hour after it left Sea-Tac. No ground structures were involved in the crash.

“We are working closely with the authorities and our own safety teams to thoroughly understand this incident.

“I want to thank the employees of Horizon Air and our guests. Our primary objective is to do everything possible to support all of you.”

Update: 11:54 p.m. on Aug. 10, 2018
Alaska Airlines believes a ground service agent employed by Horizon Air was the individual responsible for flying the Horizon Q400 without clearance from Sea-Tac International Airport around 8 p.m. tonight.

The plane, which was taken from a maintenance position and was not scheduled for passenger flight, crashed about an hour later in a wooded area on Ketron Island in rural Pierce County. No ground structures were involved at the crash site.

Military jets were scrambled from Portland, but it does not appear that these jets were involved in the crash of the Horizon aircraft.

This individual who took the aircraft, who has not yet been positively identified until remains are examined, is believed to have been the only person on the plane when the plane was taken from a maintenance position at Sea-Tac.

First responders are at the crash site. Appropriate government agencies, including NTSB, FAA and FBI, have been notified.

“Good evening, I’m Constance von Muehlen, Horizon Air chief operating officer. I’m sorry to share with you this evening that at approximately 8 p.m., one of our Q400 airplanes made an unauthorized takeoff from Sea-Tac Airport. We believe it was taken by a single Horizon Air employee and that no other passengers or crew were onboard. Shortly thereafter, it crashed on Ketron Island by South Tacoma. Our hearts are with the families of the individual aboard as well as all of our Alaska Air and Horizon Air employees. We will provide more information as it becomes available.”

Update: 10 p.m. on Aug. 10, 2018
Alaska Airlines has confirmed that a Horizon Airlines Q400 that had an unauthorized takeoff from Sea-Tac International Airport around 8 p.m. has gone down near Ketron Island in Pierce County.
Alaska is working to confirm who was on board, but it is believed that there were no passengers or crew on board other than the person operating the plane. NTSB has been notified.

Original post: 9:32 p.m. on Aug. 10, 2018
We are aware of an incident involving an unauthorized take-off of a Horizon Air Q400. We believe there are no passengers on board. More information as we learn more.