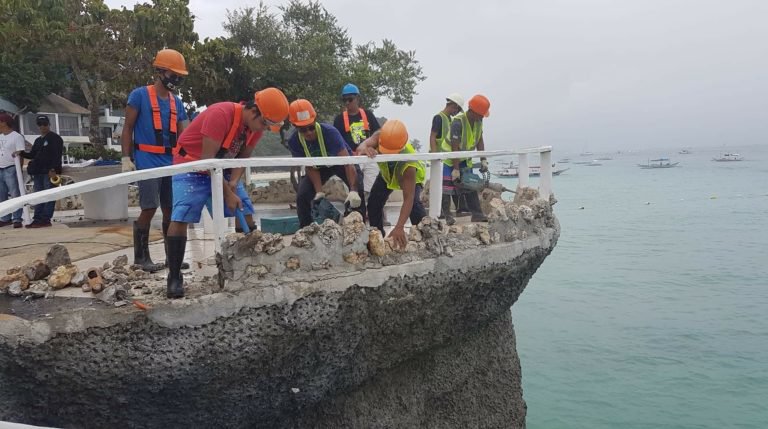 The House of Representatives tourism committee has backed the proposal to temporarily shut down Boracay Island in a bid to rehabilitate the famous tourist destination.

Committee chair Rep. Lucy Torres-Gomez said this on Wednesday, even as this may lead to an estimated P5 billion monthly loss once the island is closed.

In a committee report, the panel recommended the temporary closure of Boracay to immediately eradicate or drastically reduce the dumping of waste water into the beach.

The panel also directed an inventory of all pipes dumping waste water into the sea via drainage pipes, a crackdown on illegal sewerage connections and unwarranted permits to use drainage pipes, and declared the indefinite closure of violating residences and business establishments.

Gomez said the panel has taken into account the economic implications of a temporary closure, noting that in 2016, the island brought in P60 billion in tourism receipts.

“This is definitely a hefty sum, and both business establishments and residents will suffer the consequences. However, on balance, the Committee put more weight on the long-term viability and sustainability of tourism in Boracay, versus the short term economic collateral damage that comes with closing its doors to incoming tourists,” she explained.

“With a heavy heart, the Chair would like to convey deep empathy to those who will be affected by such a temporary closure. Temporary closure may be likened to a bitter pill that needs to be taken in order to cure the symptoms and causes of a nagging disease,” she added.

Gomez said the Department of Environment and Natural Resources (DENR), Department of Interior and Local Government (DILG), Tourism Infrastructure and Enterprise Zone Authority (Tieza), Department of Tourism, and the Malay local government unit should formulate strategic and measurable courses of action, which would then be the basis of the declared time period for closure.

The long term solution for Boracay’s issues, however, is the ratification of a unified code of law that would govern all matters that bring about sustainable tourism in the Philippine, the lawmaker said.

“Fixing Boracay now, however painful, is plainly necessary,” she added, noting however, that the committee report did not tackle the plans to put up casinos in Boracay, as it was concerned with wastewater problems.

Department of Interior and Local Government officer-in-charge Eduardo Año earlier floated the possibility of shutting down the island for six months, which President Rodrigo Duterte supported.

Duterte had also threatened to close the island as its garbage and sewage problem posed a threat to the health of tourists. /je