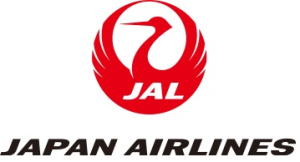 The JAL Group (JAL) has announced the consolidated financial results for FY2018:

To summarize the business environment in FY2018, major global economies including Japan and the U.S. achieved moderate and sustainable growth, despite U.S.-China trade frictions and political instability in Europe. Under these economic conditions, international and domestic air travel and international air freight demand remained strong in the first-half of the fiscal year. Although the company experienced a slightly weaker demand in the second-half, steady growth was seen throughout the fiscal year.

Crude oil prices, which affect fuel costs and international passenger and international cargo revenues, increased significantly over the previous year in the first-half of the fiscal year but dropped in the second-half due to the slowdown of the Chinese economy. However, fuel prices rose again from January 2019, partly attributable to the OPEC agreement to cut oil production and expectations for progress at U.S.-China trade talks, which left fuel price projections unclear.

Under these economic conditions, the company continued to implement profit conscious management strategies based on the principles of JAL Philosophy and the divisional profitability management system. In order to reach the goals set out in the FY2017-2020 JAL Group Medium Term Management Plan, the company will strive to realize greater management efficiencies and provide unparalleled service to customers, while committing to provide a safe and comfortable travel experience.

International Operations
For international passenger operations, outbound demand from Japan was steady while inbound demand remained strong, as the number of visitors to Japan reached 31.19 million in CY2018; exceeding the 30 million mark for the first time in the country`s history. To capture the robust demand, the carrier proactively optimized its cabin configuration and increased seat availability to balance out the supply and demand on each route. As a result of the routes launched in FY2017 (Narita=Kona, Narita=Melbourne, Haneda=London), available seat kilometers (ASK) increased by 6.0% year over year, passenger traffic grew by 6.3% year over year, revenue passenger kilometers (RPK) rose by 6.3% year over year, and load factor reached 81.3%.

In route operations, JAL launched new services between Haneda=Manila from February 1 and Narita=Seattle from March 31, 2019. And, for future routes, JAL announced the launch of the Narita=Bengaluru route during the summer schedule of 2020.

For enhancements to the current joint business partnerships, the following routes were added: British Airways` new Kansai=London route (from March 31, 2019) and Finnair`s Kansai=Helsinki route from March 31, 2019. In addition, Finnair announced new flights on the New Chitose=Helsinki route (from December 15, 2019), which will be added to the joint business structure. To further promote joint businesses with partner airlines, JAL filed an application for antitrust immunity with Hawaiian Airlines in June 2018 and with China Eastern Airlines in October 2018, with an aim to launch the business structure by March 31, 2020.

On the product and service front, the carrier introduced the JAL International Award Ticket PLUS program to provide customers convenient options to redeem award tickets. By using additional miles, customers can redeem award tickets that would normally be waitlisted under current conditions. Also, from April 2019, JAL changed the reservation start date for international flights from 330 to 360 days prior to departure, enabling travelers to book tickets at an earlier stage.

On routes to Hawaii, JAL introduced new services to meet the diversified needs of its customers and to further increase the carrier`s brand preference. Through a concept called Style yourself ~ JAL HAWAII, JAL opened a new lounge at Daniel K. Inouye International Airport in August 2018, launched an early check-in service program with the carrier`s hotel partners and offered a reciprocal mileage program with Hawaiian Airlines. In addition, JAL introduced a dedicated self-service check-in counter at Daniel K. Inouye International Airport from March 2019.

The new passenger service system, which was renewed in November 2017, is being utilized to maximize yield management strategies, as well as increasing sales on its overseas online channels.

As a result of the above, international passenger revenue was 530.6 billion yen, up 14.6% year over year.

Domestic Operations
In domestic operations, a number of flights were affected due to the aftermath of Typhoon Jebi at Kansai International Airport and the Hokkaido Eastern Iburi Earthquake in September 2018. However, to cater to robust demand, JAL expanded routes operated by the Embraer 190 aircraft, centered on routes in and out of Osaka (Itami) Airport and introduced the JAL SKY NEXT configured Boeing 737-800 aircraft on Okinawa (Naha) routes operated by Japan Transocean Air.

To support the recovery in the aftermath of the 2018 Hokkaido Eastern Iburi Earthquake, JAL offered Support Sakitoku fares at affordable prices on routes to/from Hokkaido along with dynamic package travel products. In addition, JAL lowered fares on its JAL Japan Explorer Pass as a limited time offer on Hokkaido routes and Kansai region routes (Kansai, Itami, Nanki-Shirahama) to revitalize inbound traffic to Japan.

For products and services, the carrier started to accept domestic award reservations up to one-day prior to the flight from October 2018. In addition, JAL partnered with Kyushu Railway Company to offer optional services for customers traveling to airports in Kyushu using the domestic award ticket program, Dokokani Mile.

From February to March 2019, a new check-in system was progressively introduced to airports in Japan and the passenger service system renewal project was completed. This new system maximizes yield management strategy with greater precision in domestic passenger operations.

As a result of the above, domestic passenger revenue was 528.0 billion yen, up 1.9% year over year.