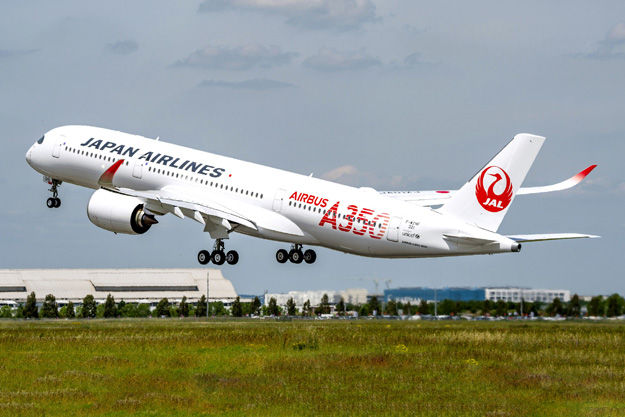 Japan Airlines (JAL) has revised its flight frequency plans on select routes between February 1 and April 15, 2021. The carrier will continue to review travel restrictions within each destination and update its international network, while providing customers with a safe and secure travel experience.

Oceania Routes – Sydney and Melbourne
From February 1-14, the carrier will operate two roundtrip flights per week between Tokyo Haneda and Sydney. In order to abide by the travel cap established by the Australian government, flights for the latter half of the month will be announced at a later date. For service to Melbourne, the route will continue to be suspended for the immediate future.

Hawaii/Guam Routes – Honolulu, Kona, and Guam
From March 21 to April 15, the carrier will operate one roundtrip flight per week between Tokyo Haneda and Honolulu. For service to Kona and Guam, the routes will continue to be suspended for the immediate future.

Travel restrictions are intact for flights between Hawaii and Japan. Currently, travelers must be quarantined for 10 days upon entering the state. At the same time, the State of Hawaii has implemented a regulation for travelers to submit a negative COVID-19 test result. If the FDA-approved test shows proof of a negative result, this allows travelers to waive the 10-day quarantine measure if tested 72 hours prior to departure.

Since September 1, all travelers to the State of Hawaii must submit their local contact information, itinerary, and health conditions prior to travel.

Extra Section Flights between Chubu Centrair Airport and Dallas Fort Worth
To support essential travel needs for workers planning to travel from/to Central Japan, JAL will operate one-way flights during the month of March. Reservations and sales for flights from NGO go on sale February 1 at 11:00 JST.

In other news, on the financial side, JAL issued this report:

1) JAL Group Consolidated Results for the Period April 1, 2020 – December 31, 2020
Due to the global impact of COVID-19, the business environment has been extremely challenging for the airline industry. In response to the sharp decrease in international and domestic travel demand, the carrier continued to reduce variable and fixed costs to counteract the significant decrease in revenue. However, operating revenue decreased to 356.5 billion yen, down 68.0% year-over-year, EBIT recorded a loss of 294.1 billion yen, and profit/loss figures recorded a loss of 212.7 billion yen.

2) JAL Group’s Consolidated Financial Forecast – FY2020
Due to the global impact of the COVID-19 pandemic and travel restrictions imposed by relevant government authorities, the following figures may be subject to fluctuation. The following forecast is based on the assumption that the current international and domestic passenger demand will remain constant until the end of the current fiscal year.

While maximizing efforts to increase revenue, the carrier looks to minimize its losses by reducing fixed costs and flexibly adjusting capacity based on actual demand. Cash on hand will be 370 billion yen, as of March 2021, and equity ratio will be 44.3% and D/E Ratio will be 0.5x.

3) JAL Group Financial Position
In order to improve the airline`s financial structure, JAL initiated a public equity offering in November 2020 to secure the necessary scale of funds to realize a growth strategy once the pandemic subsides. Through the offering, equity capital increased to 1 trillion and 17.1 billion yen. JAL established a strong financial base and shareholders’ equity ratio now stands at 47.6% and D/E ratio at 0.5x.

Interest-bearing debts decreased to 494.5 billion yen from the end of the second quarter. Required repayments within one year, including leasing, is set at 61.5 billion yen.

Summary of Consolidated Statement of Financial Position and Cash Flow

4) Initiatives to Improve Performance
Expenses have been reduced by over 120 billion yen for the fiscal year, doubling the original target of 60 billion in reduction.

Due to the early retirement of the Boeing 777 aircraft, restructuring costs will increase by 10 billion yen, resulting in a total of 590 billion yen in fixed costs for the fiscal year.

Continue to aim for a cost reduction equivalent to 40% of the reduced revenue.

Based on the previous forecast, a CAPEX reduction of 90 billion yen is estimated.

The carrier will continue to carry out drastic cost and CAPEX reduction initiatives in a timely manner and make company-wide efforts to improve the financial performance.

5) Dividends Policy
The global impact of COVID-19 has had a significant impact on the JAL Group. Therefore, in order to secure liquidity at hand, the Company has determined to not provide an annual dividend payment to the shareholders and have asked for their understanding during the unprecedented crisis.