Icelandair is coming to Kansas City 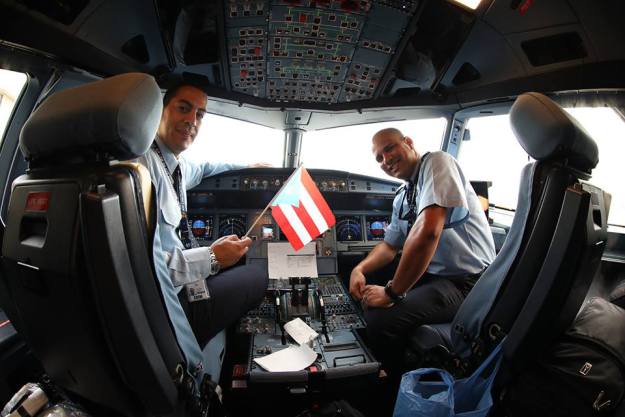 JetBlue Airways announced the 100-day milestone of its 100x35JetBlue hurricane relief initiative, which launched shortly after Hurricane Maria struck Puerto Rico in September 2017. A nod to the island’s 100×35 mile dimensions, 100x35JetBlue outlined 100 days and 35 ways – and beyond – of caring for Puerto Rico and the Caribbean. JetBlue has completed or launched 34 of the 35 initiatives, and now transitions to initiative #35: developing a long-term plan for supporting Puerto Rico and fostering economic growth.

As the largest airline in Puerto Rico, JetBlue made a commitment to its crewmembers, customers and communities by pledging to assist in the island’s rebuilding and recovery. Puerto Rico is home to nearly 500 JetBlue crewmembers who support the airline’s operations in its focus city of San Juan, as well as in Aguadilla and Ponce.

With the help of crewmembers across JetBlue’s 101-city network, including those in Puerto Rico, as well as partners such as New York Governor Andrew Cuomo, Puerto Rico Governor Ricardo Rosselló, and the Puerto Rico Tourism Company, the airline has spent the past 100 days implementing its plan. The initiative’s pillars included providing free and reduced rate air transportation; charitable fundraising support; donation and delivery of supplies and services to meet the basic needs of the community; overall reconstruction efforts; and activities to restore a sense of normalcy to those most impacted by the storms. At the same time, JetBlue has focused on raising awareness for Puerto Rico to ensure continued focus on the island’s needs.

Some of the actions taken for Puerto Rico in the past 100 days include:

“In the aftermath of the hurricanes, our crewmembers rose to the challenge of truly caring for one another and our customers in incredible ways.” said Robin Hayes, President & CEO of JetBlue.

“As Puerto Rico’s largest airline, we have an ability – and a responsibility – to play a significant role in rebuilding the economy by supporting the return of tourism,” Hayes continued. “We’ve already begun planning these initiatives with our partners at the Puerto Rico Tourism Company. We know that Puerto Rico has a bright future, and we pledge to stand alongside the community as the island recovers and thrives.”

JetBlue’s 100-day milestone coincided with Three Kings Day, an important holiday and tradition in Hispanic and Puerto Rican culture that caps off the Christmas holiday season. The airline commemorated the start of its long-term initiatives by celebrating events on the island with crewmembers, their families and the community. Three Kings Day and holiday season initiatives included: