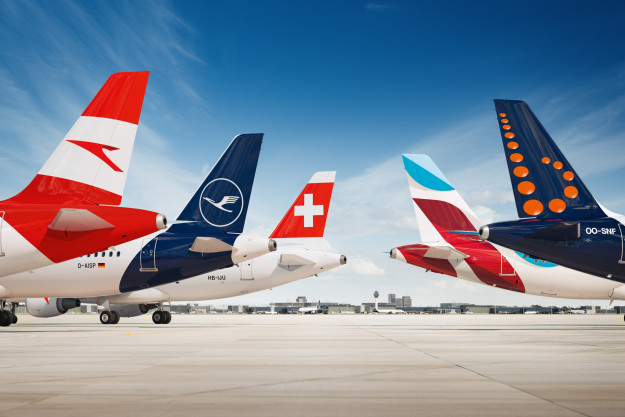 The Lufthansa Group enjoyed a continuing strong performance in its long-haul business in the first half of 2019, particularly on its key North American and Asian routes. On short-haul routes in Europe, the price war in Germany and Austria in particular had a negative impact on earnings.

“Our earnings are feeling the effects of tough competition in Europe and sizeable overcapacities, especially on our short-haul routes out of Germany and Austria,” says Ulrik Svensson, Chief Financial Officer of Deutsche Lufthansa AG. “We are responding to this by further reducing our costs and increasing our flexibility. And with the turnaround plan which we recently presented, we also intend to make Eurowings a sustainably profitable airline.”

Key figures for the first half-year

Eurowings generated an Adjusted EBIT for the first half of 2019 of EUR -273 million (compared to EUR -220 million in the same period last year). Capacity was raised 3.8 percent for the period, and seat load factor rose 0.9 percentage points to 80.7 percent. With yields on short- and medium-haul routes seeing substantial declines, however, currency-adjusted unit revenues were 5.0 percent below their prior-year level. The decline eased in the second-quarter period, thanks primarily to improvements in the long-haul business. First-half year currency-adjusted unit costs (ex fuel) were 6.1 percent below their 2018 levels, owing mainly to the absence of the prior year’s integration expenses and to a reduction in irregularity-related costs. Flight cancellations for the period were down 23 percent, while punctuality was improved by 7 percentage points, making Eurowings one of Europe’s most punctual airlines for the 2019 first-half year period.

First-half year Adjusted EBIT for the logistics segment with Lufthansa Cargo declined to EUR 15 million (prior-year period: EUR 127 million), owing mainly to falling demand on the routes between Europe and Asia. Lufthansa Cargo responded to the adverse development of the airfreight market by adjusting its capacities accordingly.

Adjusted EBIT for Lufthansa Technik improved 7-percent on the prior-year period at EUR 243 million (prior-year period: EUR 227 million) in particular due to a positive development of the engine maintenance business.

First-half year Adjusted EBIT for the catering business of the LSG Group declined to EUR 33 million (prior-year period: EUR 40 million). The reduction is attributable to the restructuring of the Group’s European business, which is centralizing production sites and bringing more flexibility to logistics processes.

As communicated in June, the Lufthansa Group expects to report a low single-digit percentage increase in total revenues and an Adjusted EBIT margin of 5.5 to 6.5 percent for the full year 2019.

Persistent overcapacities, aggressive competition and increasingly price-sensitive demand continue to pressure yields on the European routes of the Network Airlines and Eurowings, particularly in the German and Austrian home markets. The Lufthansa Group expects the European market to remain challenging until at least the end of this year.

At the Network Airlines, the long-haul business is expected to continue its currently above-average development in the second half of the year. But with the overall economic prospects growing gloomier in the Group’s home markets, the risks of second-half year business trends falling short of their first-half year levels have increased. Actual developments in the long-haul business will depend to a large extent on short-term bookings (especially for the premium cabins) whose development is currently impossible to fully predict. The Group expects the Network Airlines to report an Adjusted EBIT margin of between 7 and 9 percent for 2019 as a whole.

Eurowings will be concentrating on implementing the actions presented at the end of June to accelerate its financial turnaround. These include a clearer focus on European point-to-point short-haul routes, reducing complexity and raising productivity, not least by streamlining German operations to one AOC. Unit costs should be reduced by 15 percent by 2022. The first actions are already being taken: a phase-out of older and now inefficient aircraft has already begun. For the second-half year period Eurowings expects to see further burdens on its short-haul business, at least some of which should be offset by improvements on the long-haul front. For the year as a whole, Eurowings expects to report an Adjusted EBIT margin of -4 to -6 percent.

The logistics segment with Lufthansa Cargo should post a full-year margin of between 3 and 5 percent. This is contingent, however, on demand stabilizing in the fourth-quarter period, in which – for seasonal reasons – this business segment tends to generate a substantial part of its earnings.