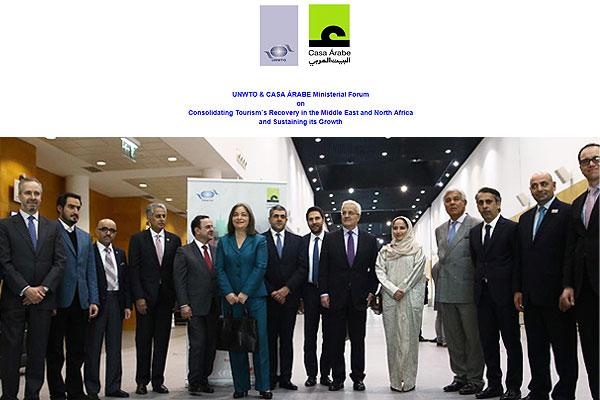 International tourism in the Middle East and North Africa showed clear signs of recovery in 2017 with growths of 5% and 13%, respectively. Against this backdrop, tourism ministers, Spanish authorities and private sector gathered to discuss future tourism prospects at the Ministerial Round Table on Tourism Development in the MENA Region, during the Madrid International Tourism Fair in Spain (18 January, FITUR Madrid).

Organized by the World Tourism Organization (UNWTO) and Casa Arabe, the public consortium headed by the Spanish Ministry of Foreign Affairs, the event focused on current trends and short term prospects in the region and discussed policies and strategies for consolidating recovery and to stepping up tourism’s contribution to inclusive and sustainable socioeconomic development.

Opening the event, UNWTO Secretary-General, Zurab Pololikashvili, said that “The MENA holds a strong tourism potential. The region has proven yet again its resilience and demand will continue to recover as consumer confidence rises and rises. There are many reasons for optimism and I come into this meeting full of confidence for the region’s future. UNWTO forecasts point to MENA receiving 195 million international tourists by 2030”.

According to the latest UNWTO International Tourism Barometer, international arrivals to the Middle East grew by 5% and by 13% to North Africa in 2017.