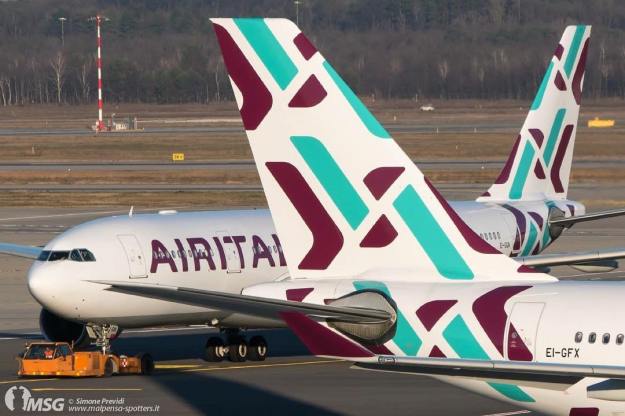 The history books have been rewritten as SEA’s Milan Malpensa Airport (MXP) confirmed the continuation of its positive traffic growth, with 24.6 million passengers being handled in 2018, seeing the facility not only reach but smash its previous throughput record (2007: 23.7 million).

This industry-leading result (+11.5% year-on-year) further consolidates a trend that has seen Malpensa not only grow continuously for three years with above-average rates, but also sees it rank highly among Europe’s major airports (those over 20 million passengers) for its traffic growth rate. In 2019, the goal is for annual throughput to exceed 25 million passengers for the first time, and in breaking this threshold, it will push MXP into the top league of European airports.

The airport’s development is robust, as it is supported by all the main traffic segments: long-haul; low-cost; and legacy. Together with several other European and overseas fast-growing airlines, Air Italy is undoubtedly one of the major contributing factors of MXP’s continued success, thanks to its new positioning in the Italian market with Malpensa acting as its hub and base. Its intercontinental connections (New York, Miami, Bangkok, Delhi and Mumbai) and domestic flights (Rome, Naples, Lamezia Terme, Catania, Palermo and Olbia) inaugurated in 2018, will be joined by the already announced new routes for S19, namely Los Angeles, San Francisco, Chicago, Toronto and Cagliari. “Despite some of the new destinations having had an annual O&D demand of over 100,000 travellers, surprisingly they had not been served by any airline for a decade,” says Andrea Tucci, VP Aviation Business Development at SEA.

Among the fastest growing European country markets from MXP in 2018 were the domestic Italian market, along with Germany and Spain. When it comes to long-haul the top markets were the US, China and Canada. “We fully expect the North Atlantic to be one of this year’s star performers,” explains Tucci. “2018 already gave a boost to our intercontinental traffic, growing by 7.8%, and we expect some further development in the short-term.”

The prolonged period of growth at Malpensa is not only driving its traffic volumes, but also the quality of its customer portfolio – the airport is now served by 105 airlines – and its network of 210 destinations. As a result of the expansion in the markets / countries served from MXP, in W18 the airport ranked ninth in the world, and sixth in Europe, in relation to the number of countries served on non-stop flights, ahead of many major hubs such as Munich and Madrid.

“Malpensa was built as a hub airport and it is exciting to see it being used in that way again,” enthuses Tucci. “The 10 million inhabitants of Lombardy, Italy’s wealthiest region, need and deserve a true hub and spoke carrier and the connecting opportunities that such a network approach brings. With 70% of the country’s outbound traffic generated in our Northern Italy catchment, we are confident about our future traffic development.”

In an attempt to push the airport’s passenger numbers even higher, SEA Milan, on behalf of Milan and the Lombardy Region, will host the 26th World Routes network development conference, taking place between 5-8 September next year. The three-day gathering allows senior airport and airline decision makers to meet face-to-face and discuss the future of air services, develop and plan network strategy and explore new route opportunities.

The Milan airport system closed 2018 with a total of 33.7 million passengers, an increase of 7% compared to 2017, with Milan Linate having delivered 9.2 million passengers, down -3.3% year-on-year. This result was due in a large part to the restructuring of both Alitalia and Air Italy at Linate, with the carriers’ major international business routes still undergoing a period of consolidation.

All photos by MXP.