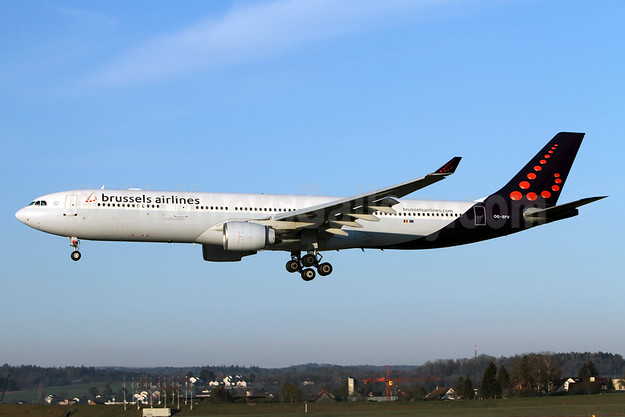 The Brussels Airlines’ Board of Directors has appointed a new leadership team:

New CEO Christina Foerster is no stranger to Belgium and Brussels Airlines. Christina Foerster has been the airline’s Chief Commercial Officer for one and a half years and has been living in the Belgian capital since then. She has held various high-profile positions in the aviation industry prior to joining Brussels Airlines, among them General Manager Product Management Intercontinental, Vice President Network and Fleet Development and Senior Vice President Network, Group & Alliance Development at the Lufthansa Group.

Belgian Thibault Demoulin has been Brussels Airlines’ Senior Vice President Flight Operations and Deputy Accountable Manager for the past 12 years prior to being appointed as COO. He has an excellent track record in establishing safe, reliable and punctual operations at Brussels Airlines, which makes him the perfect fit as the carrier’s COO.

“In 2017, Brussels Airlines and Eurowings gradually started to lay the foundations for a common future, in which the strengths of both airlines will be combined, with the ambition to build a strong, sustainable and leading pan-European airline. Growing within the Eurowings Group as a Belgian entity will allow us to further build on our specificities, such as our Africa expertise and our distinguished Belgian touch. Together with Eurowings, we will further expand our long-haul reach out of Brussels and Dusseldorf, and in particular continue to fulfil our role as Belgium’s home carrier and important economic engine of our country,” emphasizes Etienne Davignon, Co-Chairman of the Board of SN Airholding.

As the CEO of Eurowings, Mr. Dirks points out that Brussels Airlines is already today a crucial cornerstone of the Eurowings Group which is striving to become a leading European airline. “With Brussels Airlines, we can count on a unique know-how of the African market and a long-standing expertise with long-haul operations. Right now our colleagues from Brussels Airlines are leading the process of successfully establishing long-haul operations at Dusseldorf, one of our most important platforms in Germany,” said Dirks. This strong new leadership team, together with the passion, and the expertise of the Brussels Airlines staff, is a vital part in realizing the future plans of the Eurowings Group – and not just that.

“The combined strengths of Brussels Airlines and Eurowings represent one of the three major strategic pillars of the success of the entire Lufthansa Group,” said Dirks. “This means that Brussels Airlines will continue to grow.”

Etienne Davignon, Co-Chairman of the Board of SN Airholding, and Thorsten Dirks wish to thank Bernard Gustin and Jan De Raeymaeker for their years of dedicated service and excellent leadership at Brussels Airlines and wish both all the very best for their future endeavours.

“During 15 years, Bernard Gustin has made significant contributions to the company, leading Brussels Airlines successfully through growth and turbulent times,” said Davignon and Dirks. They point out that Bernard Gustin has put the Belgian carrier back on the European map. “It’s clearly his accomplishment that Brussels Airlines is the number one carrier in Belgium today despite aggressive low-cost competition which is continuously trying to grab market shares.”

In his five years as CFO of Brussels Airlines, Jan De Raeymaeker at the same time significantly contributed to the success of the company, said Dirks and Davignon. “Planning and executing the overall Brussels Airlines restructuring plan and strategically repositioning the company after Vueling, EasyJet and Ryanair entered the Belgian market is also Jan De Raeymaeker’s merit”.

Bernard Gustin and Jan De Raeymaeker not only provided managerial expertise, Dirks said. “Both as a team managed to steer Brussels Airlines through the aftermath of the terrorist attacks at Brussels Airport in March 2016. Thanks to professional crisis management and leadership skills, Brussels Airlines got out of the crisis even stronger than before and clearly positioned itself as a competitive, reliable and responsible airline.”

The African experience and route structure to Africa was the saving grace for Brussels Airlines. At this time, it is unclear if Brussels Airlines will continue to operate under its own brand or the Eurowings brand as a Belgian carrier.

Lufthansa received a lot of pressure from nearly 100 Belgian companies to keep Brussels Airlines based in Belgium and not to merge it with Eurowings according to Reuters. Read the full report from Reuters: CLICK HERE