Emirates boosts services to Maldives and Seychelles ahead of Easter Break 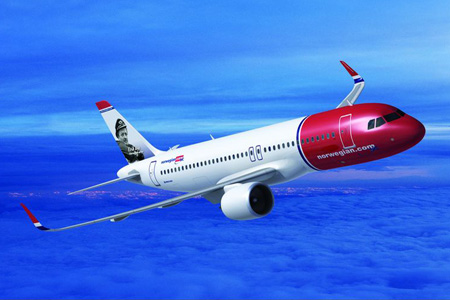 The airline had previously signed an order for 100 A320neo aircraft with Airbus.

In other news, Norwegian has sent its restructuring plan to its creditors and shareholders. The airline issued this statement:

On March 11, Norwegian’s financial reconstruction plan was sent to its creditors and shareholders. If the plan is approved by the Irish and Norwegian courts in the coming weeks, the company can continue the reconstruction processes and initiate a capital raise in April, targeting completion in May 2021.

Jacob Schram, CEO of Norwegian, said: “We have had many constructive and challenging negotiations with creditors since the indicative plan was presented on January 14, 2021. The Examiner in Ireland and the Reconstructor in Norway both believe that this plan is in the interest of the creditors and shareholders of the company. This is an important milestone in the process of securing Norwegian’s future.”

The Examiner will firstly present formal proposals for the restructuring based on the plan presented to the creditors of the company. Following the necessary creditor meetings the proposals will then be presented to the Irish High Court for approval. The proposals outline how creditors will be dealt with in the actual reconstruction. Unsecured creditors who will not participate in the planned capital raise, will be entitled to cash and a dividend totaling to around five percent. The dividend claims may be converted to shares, in total representing approximately 25 percent of the company’s share capital following the restructuring. New investors in the capital raise will receive approximately 70 percent of the post-restructuring share capital, and current shareholders approximately five percent.

Geir Karlsen, CFO of Norwegian, said: “It is hoped that the Irish High Court will make their final decision within the next couple of weeks. If approved by the Irish Court, the plan will be dealt within the reconstruction process in Norway. If everything goes according to plan, we will be able to carry out the capital raise in May.”

Norwegian has sought to identify solutions to refund a small share of customers with claims from prior to entering the examinership on November 18th, 2020. Approximately 98 percent of refund claims booked directly with Norwegian, were refunded before the commencement of the reconstruction process. Despite discussions with the Examiner and Reconstructor, it has unfortunately proven impossible to allow the reimbursement of the outstanding refund claims to customers due to the principles of the restructuring processes.