Condor to commence nonstop flights between Frankfurt and Phoenix 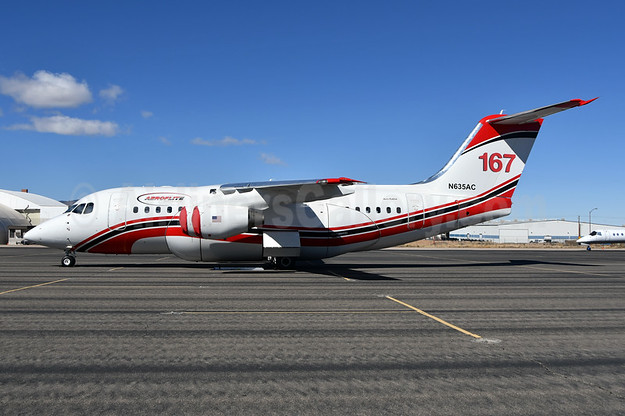 Despite continuing United States Forest Service (USFS) budget issues, contracts recently awarded for the 2018 fire season show that the BAE Systems-built and supported BAe 146/Avro RJ Airtanker will be the most numerous aircraft to be deployed on these demanding missions.

The USFS is cutting the number of large Airtankers on Exclusive Use contracts this year from 20 to 13. Of these aircraft, eight BAe 146/Avro RJs (over 61%) are nominated with four each being provided by Conair/Aero Flite Inc. and Neptune Aviation.

The USFS has also signed up a further 11 aircraft on Call When Needed contracts. Of these
a further eight BAe 146/Avro RJs are earmarked (nearly 73%) with four aircraft each again being provided by Conair/Aero Flite Inc. and Neptune Aviation.

Conair of Abbotsford, Canada, and its US subsidiary Aero Flite Inc. have a total of eight RJ85 Airtankers in operation – combating both United States and Canadian wildfires. One aircraft has also been in Australia fighting wildfires under contract to the State of Victoria. Conair will display an RJ85 and a CL-415 waterbomber at Sacramento. 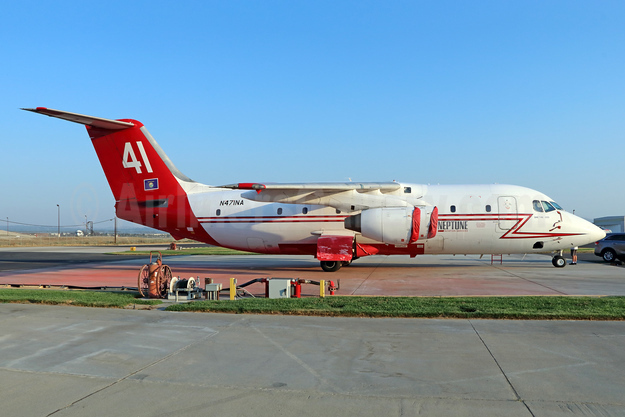 Neptune Aviation, of Missoula, Montana has nine BAe 146-200 Airtankers available for service and has recently acquired an Avro RJ100 to pursue a research and development project. In addition to fighting fires in the USA between February and December 2017 Neptune Aviation also had one of their BAe 146 Airtankers in Chile during February March 2017 supporting wildland firefighting efforts in that country.

A third Airtanker operator/converter is Air Spray whose first converted BAe 146-200 will make its debut at Sacramento and demonstrate an aerial drop with its new iRADS (Internal Retardant Delivery System) aircraft tank. This aircraft will commence drop tests over the USFS qualifying grid in April. Air Spray is well underway with the conversion of a second BAe 146 with three more to follow.

The location of the Aerial Firefighting Conference in Sacramento is particularly poignant given the devastating wildfires that ravaged the State during late 2017, making it the most destructive wildfire season on record. According to the California Department of Forestry and Fire Protection a total of 9,133 fires burned 1,381,405 acres, causing the deaths of one firefighter and 45 civilians, with a further 12 firefighters and 199 civilians injured.

Raging from the Oregon border to the north down as far south as San Diego, the fires included the massive Thomas Fire in Ventura County which became Californian’s largest modern wildfire, engulfing an area larger than the Washington D.C. metropolitan conurbation.

At the end of January it was reported that 45,000 insurance claims totaling $11.8 billion (US) resulting from these fires had been recorded. The California Insurance Commissioner Dave Jones stated that the state-wide fires had destroyed 32,000 homes, 4,300 businesses and more than 8,200 vehicles, boats and farm vehicles and other equipment.

Combating these fires was a massive task for the fire-fighting community with aerial firefighters playing a prominent role. One of Neptune Aviation’s BAe 146s was on exclusive contract with CALFIRE and during 2017 it flew over 226 hours (435 cycles), performed 343 missions and dropped 1,029,000 gallons of retardant.

Such was the scale of the late 2017 California fires that from the period between October 10 and January 12, 2018 Neptune sent its entire BAe 146 fleet to respond, racking up an additional 158.8 hours, flying a further 187 missions and dropping an extra 561,000 gallons of retardant. Neptune also mobilised two of its venerable and recently retired P-2V Neptune Airtankers to help with this unprecedented effort.

Conair/Aero Flite Inc.’s RJ85 Airtankers were similarly busy helping to fight the Californian wildfires with both RJ85 Airtankers and CL-415 waterbombers in action. Overall operations across the USA in 2017 totalled 4,265 missions, and delivering 60,843,000 litres of retardant. In Canada 150 missions were flown, accumulating 195 hours and delivering 658,590 liters of retardant.

As the Original Equipment Manufacturer (OEM) for the BAe 146/Avro RJ BAE Systems Regional Aircraft has collaborated with all these Airtanker operators and converters in various ways to provide specialist technical design and engineering assistance as well as a full spares provision operation – a vital and continuing service to support these demanding applications.