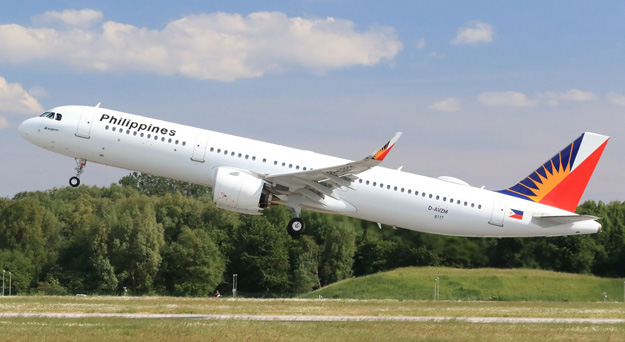 This is the first of 21 A321neo aircraft ordered by the airline under its fleet renewal program. Powered by Pratt and Whitney Pure Power engines, the new aircraft features a premium two class layout with 12 business class seats and 154 seats in the main cabin.

Selected for its outstanding operational efficiency, comfort and range, Philippine Airlines will deploy the A321neo aircraft across the Asia-Pacific region, including Australia and India.

The A321neo joins an existing Airbus fleet at Philippine Airlines that currently includes 25 A320ceo Family aircraft, 15 widebody A330s and five A340s. The carrier will also take delivery of the first of six A350-900 widebody aircraft on order later this year.