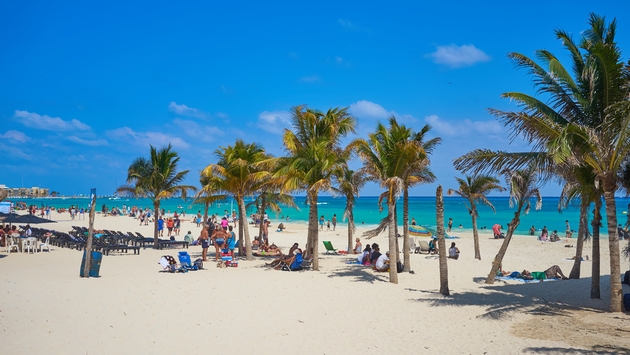 Playa del Carmen’s airport, which has grown to be increasingly important amid rising numbers of visitors, is undergoing extensive upgrades.

The maintenance effort is being funded with government investments, according to a report in Riviera Maya News.

State Governor Carlos Joaquin told the publication that the Ministry of Infrastructure and Transportation has been spearheading the effort to revamp the airport.

About 6.5 million pesos are being invested in the project, which will include recovering thousands of square meters of asphalt with a fresh top and paint.

The Secretary of the Ministry of Infrastructure and Transportation, William Conrado Alarcón, described the Playa del Carmen airport as being an essential “air bridge” for the flow of people and supplies in northern Quintana Roo, according to Riviera Maya News.

In addition, he said the airport is a strategic point for tourists, connecting them with the state of Yucatan and its primary archaeological areas.

“In recent decades, tourism has played a vitally important role at the global level since this sector has contributed to the economic reactivation of developing countries, and in the case of Quintana Roo, the government led by Carlos Joaquín, works to strategically boost the infrastructure,” Conrado Alarcón said.

The airport serves as an important environmental contingency during fires and hurricanes, providing support to residents, Conrado Alarcón said.