QANTAS and Jetstar cut flights in response to Coronavirus

QANTAS and Jetstar cut flights in response to Coronavirus 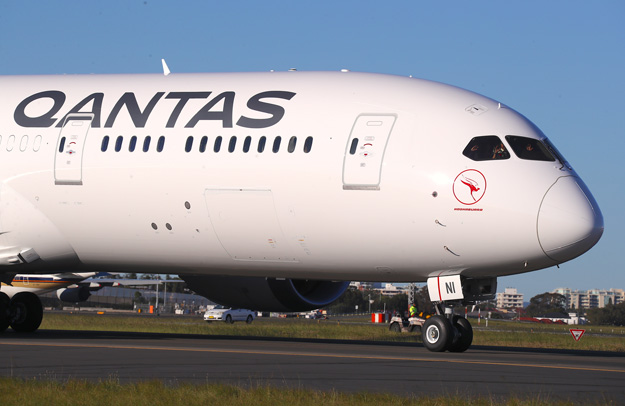 The QANTAS Group has today announced temporary reductions to flights across Asia in response to a drop in demand due to Coronavirus.

The actions were announced as part of the Group’s Half Year Financial Results, where the net profit impact of Coronavirus was estimated at between $100 million to $150 million for FY20 – a figure softened by lower fuel prices.

Reductions of around 5 percent will be made to QANTAS and Jetstar’s flying between Australia and New Zealand.

There is no change to other key parts of the QANTAS International network, such as the US and UK, which remain unaffected.

Reductions of around 2 percent of total Group domestic Australian flying in the second half are being made to reflect market demand.

Below is a summary of the network changes.

QANTAS International will cut 16 percent of Asia capacity until at least the end of May, impacting flights from Australia to mainland China, Hong Kong and Singapore.

QANTAS will reduce flights across the Tasman by 6 per cent with cancellations on Sydney-Auckland, Melbourne-Auckland and Brisbane-Christchurch. Jetstar will reduce its Tasman flying by 5 percent.

Jetstar Group will cut its capacity to Asia by 14 percent until at least the end of May, impacting flights from Australia to Japan and Thailand, and intra-Asia flights.

QANTAS and Jetstar will reduce total domestic capacity by 2.3 percent for the second half of the financial year to better match demand.

Most of these adjustments have already been published with the balance to be made over the coming days. Cancellations are largely focussed on travel between major capital cities at off-peak times to minimise customer impact.

Demand for regional services is largely stable, meaning that recently announced routes will start as planned, including Sydney-Ballina (Byron Bay), Sydney-Mildura, Tamworth-Brisbane and Sydney-Orange as well as additional flights from Adelaide to Kangaroo Island and from Sydney to Bendigo. Jetstar’s new Melbourne-Busselton (Margaret River) flights are also unaffected.

“Coronavirus resulted in the suspension of our flights to mainland China and we’re now seeing some secondary impacts with weaker demand on Hong Kong, Singapore and to a lesser extent Japan. Other key routes, like the US and UK, haven’t been impacted.

“We’ve also seen some domestic demand weakness emerging, so we’re adjusting Qantas and Jetstar’s capacity in the second half.

“What’s important is that we have flexibility in how we respond to Coronavirus and how we maintain our strategic position more broadly. We can extend how long the cuts are in place, we can deepen them or we can add seats back in if the demand is there. This is an evolving situation that we’re monitoring closely.

“We know demand into Asia will rebound. And we’ll be ready to ramp back up when it does.

“These past few months have been extraordinarily difficult for the tourism industry and we’ve tried to minimise the impact of our capacity reductions as much as possible. About half of QANTAS’ domestic cancellations are between Sydney, Melbourne and Brisbane, and we’re avoiding any route exits.

“The capacity we’re taking out is the equivalent of grounding 18 aircraft across QANTAS and Jetstar until the end of May, which in turn impacts about 700 full time roles. To avoid job losses we’ll be using leave balances across our workforce of 30,000 and freezing recruitment to help ride this out. We’ll also take advantage of having some aircraft on the ground by bringing forward planned maintenance,” added Mr Joyce.