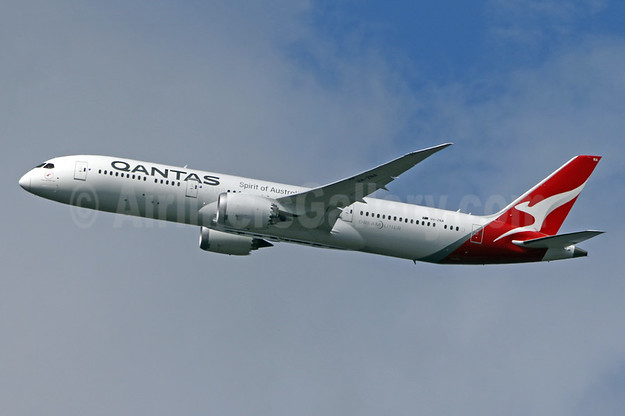 QANTAS Airways has announced Hong Kong as the next destination for its Boeing 787-9 Dreamliner.

The changes are timed with the arrival of QANTAS’ eighth Dreamliner and will join the national carrier’s Airbus A330 and A380 aircraft that also fly to Hong Kong.

QANTAS will also bring forward the peak season upgrade of one of its two daily Sydney-Hong Kong flights from a 747 to the A380 aircraft to early December, offering four cabins on the route including First Class through to the end of March 2019.

Fares for 787 flights to Hong Kong are available via qantas.com and through Travel Agents progressively from today.

*Subject to Government and regulatory approvals.

In other news, QANTAS Freight will launch a new direct seasonal freight service from Darwin to Hong Kong*, supporting producers in Northern Australia to respond to growing demand from Asia.

The new service – which will be the only direct cargo link between the Northern Territory and Hong Kong – will provide capacity to carry up to 50 tonnes of fresh produce such as chilled meat, seafood, dairy, fruit and vegetables, as well as general cargo. It will provide local producers with the opportunity to get their products into Asia faster and fresher, potentially extending the shelf life and profitability of quality Australian exports.

The QANTAS Group is a long-term investor in the Northern Territory, stimulating tourism and providing vital connectivity for the region. In FY17, the QANTAS Group contributed more than $150 million to the Territory economy, including employing 400 people locally as well as tourists spending with local businesses.

QANTAS currently carries freight to over 20 destinations in Asia, including locations in China, Japan, Indonesia, Thailand and Vietnam.